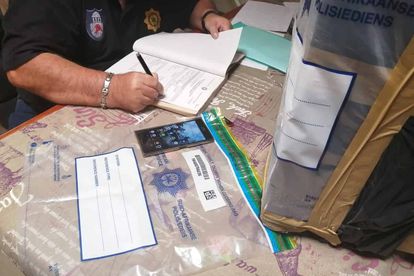 A South African Police Service (SAPS) serial and electronic FCS investigation (SECI) has resulted in the arrest of five men in connection with child pornography, the SAPS said on Sunday.

The operation was conducted by members from the national and Gauteng SECI in collaboration with officers of the United States department of homeland security, who assisted with their expertise in crime scene forensic analysis, the national crime intelligence cyber crime unit, and the Gauteng forensic social work services, she said.

The team acted on information received from the crime intelligence cyber crime unit and the initial investigation produced viable information to allow members to apply for and receive search warrants.

The search warrants were executed at various properties, resulting in the arrest of five men, aged between 30 and 62, for possession of explicit child abuse material (images and videos). Several personal computers, hard drives, flash drives, tablets, and cellphones which contained explicit child abuse material were seized during the operation for further investigation and as exhibits, Muridili said.

The first arrest was effected in Rietfontein, Pretoria on February 10. The 30-year-old man, living with his parents, had already appeared in the Pretoria Magistrate’s Court and he had been granted bail. His case was postponed to March 12.

The second man, aged 42, was also arrested on the 10th in Claremont, Pretoria. He was a married father of three children. He had also appeared in court and his case was postponed to February 28.

On February 11, the team detained a third man, aged 62. He was a married pensioner who owned a day care centre managed by his wife. He appeared at the Roodepoort Magistrates’ Court in Johannesburg and his case was postponed to February 17, Muridili said.

On February 13, the fourth man, aged 42, was arrested in Daspoort, Pretoria, where he lived with his parents. He had also appeared in court and would appear again on April 8.

The fifth and last man was arrested in Kempton Park in Ekurhuleni. He was 34 years of age. He had a previous conviction of rape and sexual assault for which he received a five-year suspended sentence that would end on March 15. He would appear in the Kempton Park Magistrates’ Court on Monday, she said.

Another search warrant was executed in Garsfontein, Pretoria. The suspect was not arrested, as no material was found on his premises, but his electronic equipment was seized for further investigation. The suspect had a pending 2012 case of possession of child pornography and bestiality due for judgement on April 20.

All the accused who had already appeared in court had been granted bail of R5 000. They could not be named, as police were still conducting investigations and could not rule out the possibility that some of the children on the confiscated material might be South African, and therefore their identity had to be protected. These operations were continuing countrywide, Muridili said.

SAPS Divisional Commissioner of Detective Services Lieutenant-General Tebello Mosikili applauded the collaboration of the various units and commended the team for the arrests.

“The groundwork has been done, ours is to now ensure that these alleged sexual predators are convicted and given the harshest sentences, and to continue educating parents and caregivers on the dangers of not monitoring their children’s activities on the internet and social media,” Mosikili said.

“We are appealing to parents to exercise strict measures to ensure their children do not fall prey to sexual predators lurking on the [inter]net. It is recommended that parents supervise their children’s access to the internet and social media. It is pertinent for parents to also note that WhatsApp and Facebook have age restrictions of 13 years within their respective terms of services which prohibits children under 13 years from utilising WhatsApp and Facebook,” Mosikili said.

Anyone who had any information on crime perpetrated against women and children was encouraged to break the silence by calling the SAPS Crime Stop number 086-00-10111 or sending a tip-off on MySAPSApp, and all information received would be treated in strictest confidence.