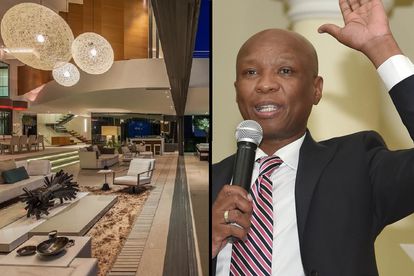 We’re going to be honest with you – the State Capture Inquiry may be on its last lap, but we’re still getting a few uncut gems surface every now and then. On Monday, Zizi Kodwa might just have given some of the most bizarre testimony we’ve heard in a long time – as his relationship with businessman Jehan Mackay and EOH was laid bare.

Zizi Kodwa and EOH, a match made in Camps Bay

Previously at the Commission, Steven Powell – of ENSAfrica – says that that forensic research by his financial investigations company uncovered R2 million in kickbacks, which flowed to Kodwa from EOH. According to the ANC figure, however, some of this money was merely fir a ‘personal loan’. But he didn’t spend the cash wisely.

Around half of the total, roughly R1 million, was gifted to Zizi Kodwa – even though the payment was noted as an ANC donation. With his new seven-figure windfall, the former party spokesperson said he spent R890 000 of it on a new jeep. Yes, we know… and Kodwa also seemed to accept the situation was an utterly ridiculous one.

Evidence Leader: So you say you got this R1 Million when you were in financial difficulties?

Evidence Kodwa: So you take R890 000 out of R1 Million and buy a car but you have financial problems

Zizi Kodwa: Well that’s a debate whether it was wise to do so

The allegedly illegal transactions – which even went to the personal bank accounts of Zizi Kodwa – were payments to fund a ‘luxury lifestyle’, allegedly beefing up his annual earnings in government. The other R1 million from EOH, meanwhile, went towards his plush living quarters, creating a major conflict of interest for a man in his position.

An invoice shared with the State Capture Inquiry also raised titters earlier in the day. Three times, Kodwa was able to hire a private chef, after he stayed in three separate luxury villas in Camps Bay and Clifton – the richest areas of Cape Town. The soaring expenses were racked up over the course of three months, between October 2015 and January 2016.

The 51-year-old still vehemently denies that he acquired the money illegally, claiming it was a personal payment from a very rich friend. His testimony went on for several hours on Monday, as we learned a thing or two about Zizi’s top treats.