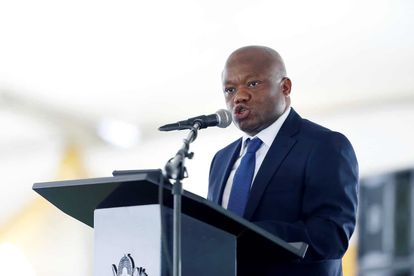 It has been confirmed that KZN Premier Sihle Zikalala will be investigated by police, after he allegedly held a thinly-disguised rally on Monday. Despite severe lockdown restrictions across the country, the politician is said to have delivered a speech to hospital workers about Freedom Day.

All public gatherings – socially distanced or otherwise – have been banned for the first two levels of lockdown. When Zikalala gave a message to an assembled cohort of health workers, he’s believed to have breached the law which specifically forbids political rallies… and the DA wasn’t willing to let it slide.

Shadow security minister Dianne Kohler-Barnard revealed she pressed charges earlier in the week. Although she faced resistance from the authorities, her persistence has paid off. SAPS will now open a criminal case against the KZN Premier:

“He called essential staff to a mini-rally at Clairwood Hospital. Zikalala wasn’t practising what he preaches. Even the President delivered an address away from the public, yet the KZN Premier’s Facebook page was explicit about his event as a Freedom Day celebration, putting at risk the already vulnerable health workers.”

“We were shocked when my colleague Gavin Hegter and I were initially refused the right to open a case. The officer informed us that his superiors had told him there was no case because during the rally there was social distancing. We eventually opened the case because the laws of this country were broken.”

This is what it boils down to. The context of Sihle Zikalala’s alleged “lockdown rally” indicates why supposedly trying to sneak a public address under the radar has been met with such venomous criticism: