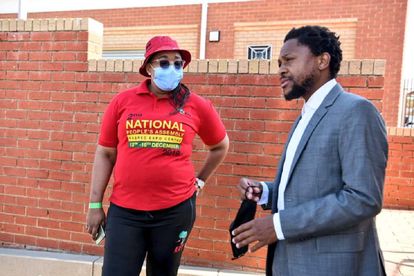 It’s all kicking off on Twitter. The political heavyweights are exchanging fierce words on social media, following John Steenhuisen’s election as the official leader of the DA. Steenhuisen shifts from an interim position to a full-time one – and the move has seen Natasha Mazzone and Mbuyiseni Ndlozi lock horns.

In the red corner is Mbuyiseni Ndlozi. He launched a nine-Tweet tirade against Steenhuisen, blasting his record of education and qualifications. The EFF Commissar argued that the newly-elected DA leader is a beneficiary of white privilege:

“John Steenhuisen is 44 years old. He’s been a DA politician for over 15 years. All this time he never saw the need to study because whites think merely being white makes you clever, a natural leader & naturally educated! Baas John’s election is the best instance of WHITE MALE PRIVILEGE.”

“If Baas John was black they would have released his matric results, mocked his marks, or maybe he doesn’t even have one! But because he is white, the focus is elsewhere and not his under-education. His rise is an announcement to all white males that education doesn’t matter.”

That brought Natasha Mazzone into the frame. The DA’s Chief Whip exhibited why she is known for her sharp tongue, after branding Ndlozi an ‘ice boy’ who could never lead the EFF. Sjoe, things went up a notch…

“Can you imagine how sad Dr Quinton Ndlozi MP is, that no matter what he ever does, how hard he ever tries, he will never be his party leader, but always the guy who gets ice for his leader’s drink. It’s sad actually…”

Mazzone also got into a war of words with another EFF stalwart, after directing another jibe towards Leigh Mathys. We all love a bit of ‘beef’ on a Sunday evening – and these exchanged have been cooked to perfection…

Awww!! Trying to start insulting to get the approval of your all male leadership in case they get rid of you too. It gets sadder and sadder in the EFF…

Well, can you imagine that no matter how hard you try, u will always remain a bunch of school fearing whites? This is what defines & marks you out as colonists: whites that actually white society sent to colonies cause they were so lowly they couldn’t keep up with white progress! https://t.co/oGqbaLO86B