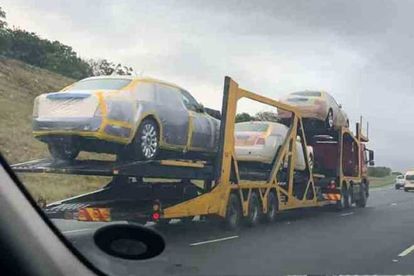 King Mswati III, as we have come to find out, is a very generous man.

While his country, a struggling monarchy, battles with high rates of unemployment and poverty, he decided it was time to upgrade his wives’ vehicle fleet with brand new Roll Royce supercars.

At the behest of Eswatini’s (formerly known as Swaziland) throne, is a monarchy that has ruled the country for many generations.

King Mswati III has ruled over the country with an iron fist for 33 years. He is well-renowned as one of the fewest monarchs left with multiple wives — 15 to be exact — and a knack for excessive splurging.

According to archive Forbes reports, King Mswati III was one of 15 of the world’s wealthiest royals. His personal net worth was, ten years ago, estimated at $50-million (R758.1-million).

At the foot of his problems, however, has been his inability to influence his personal financial gains to impact Eswatini’s ailing economy.

According to data extracted from the World Bank, Poverty levels have stagnated at high levels in the last five years, “with 39.7% of the population estimated to have been living under the international $1.90 poverty line in 2016 and 2017.”

Furthermore, the African Development Bank, GDP gains for 2019 and 2020, which currently stand at 1.7% and 2.3%, respectively, have been hampered by the country’s major reliance on South Africa, as well as “high public spending and heavy dependence on the volatile and declining Southern Africa Customs Union (SACU) revenue.”

Watch: King Mswati III splurges on a fleet of Rolls Royce supercars for his wives

On the issue of spending, there are absolutely no problems there for King Mswati III. Especially, if a bulk of that cash is allocated towards the upkeep of his wives.

The images you will see below, including the video, have since gone viral. The images show three trucks hauling a number of Rolls Royce vehicles, which are said to be worth between R4-million and R8-million each without any add-ons.

Unconfirmed reports suggest that it was 4 trucks loaded with 20 Rolls Royce and one Rolls Royce Cullinan pic.twitter.com/STTLtFFlAt

The second video shows the same fleet of luxury cars driving along the dusty, dilapidated streets of Eswatini, presumably with King Mswati III’s wife in each.