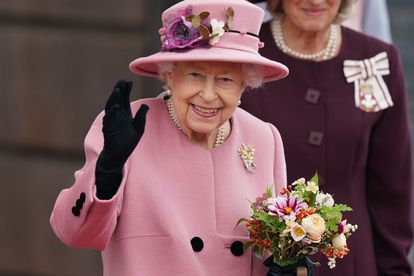 South Africans on Twitter are clearly believers of the don’t ask, don’t get mantra. Over the last seven days, President Cyril Ramaphosa has been inundated with requests to grant a public holiday on for The Queen’s funeral on Monday.

Does South Africa get a public holiday for The Queen’s funeral?

As it stands, there is NO scheduled public holiday for South Africa on Monday 19 September. However, people living in the UK will get the day off work, with many businesses and establishments also closing down for the ceremony.

The funeral will be the tenth and final day of official mourning in Britain, where the mood has certainly been sombre this week. Queues to see the long-ruling monarch lying in state have breached the three-mile mark, as hundreds of thousands of well-wishers attempt to pay their respects.

Ramaphosa is taking the day off for The Queen’s funeral – why can’t we?

South Africans are now wanting a slice of the public holiday pie, though. Some are even trying to play Cyril Ramaphosa at his own game. The president flies to London on Sunday, where he will attend a reception for King Charles III, before attending The Queen’s funeral a day later.

If the ANC leader can take the day off, others argue that SA citizens must be given the same privileges…

Cyril a re fe public holiday 4 funeral ya Lilibet akere re commonwealth what what????

Cyril use do the right thing and declare Monday, 19 September 2022, a public holiday. We have a funeral to attend in London.

The ANC leader has a very busy weekend coming up. He’s also set to attend the White House for high-level talks with US President Joe Biden. The engagement will address everything from climate change and food security, to the Russian invasion of Ukraine and trade agreements.

Unfortunately for Mr. Ramaphosa, people have been hassling him for the declaration of a public holiday since Queen Elizabeth II was declared dead on Thursday 8 September. Alas, it looks like The Presidency isn’t budging… much to the public’s dismay!

If it's not a public holiday, we are not devastated.@CyrilRamaphosa@PresidencyZA

@PresidencyZA and @CyrilRamaphosa when are you announcing the commonwealth Public Holiday for South Africans?