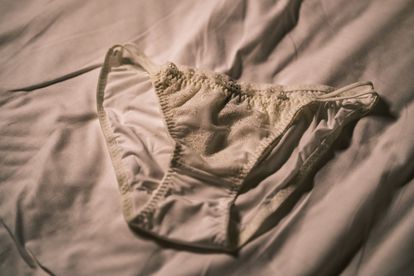 Chaos ensued on Monday, after a pellet gun was fired at a woman in a row over underwear – Photo: Unsplash

Chaos ensued on Monday, after a pellet gun was fired at a woman in a row over underwear – Photo: Unsplash

A bizarre and frankly outrageous story has reached us from KZN this week, after a female shopper was shot in the leg by a pellet gun. The violent row was allegedly centred around a panty-less woman in the queue. One couple made remarks about a ‘foul smell’ – and all hell broke loose.

A group of sisters were queueing for the till in a Verulam store when the altercation happened. It’s understood that the male who used the firearm, and his partner, made disparaging remarks when it became apparent the woman was not wearing any underwear with her leggings.

The confrontation began in the shop, and spilled into the car park. It’s at this point the suspect is accused of drawing a pellet gun and shooting one of the sisters in the leg. The couple then sped-off, but presented themselves to Reaction Unit SA (RUSA) officials just 30 minutes later.

Both parties have opened criminal cases against each other. The male confirmed that he was in possession of a pellet gun which was holstered throughout the confrontation. Meanwhile, the couple maintain that they only drove away from the scene ‘to avoid further conflict’.

“A woman informed Reaction Officers that she was shopping with her sisters when a couple standing behind them at the till point allegedly mocked her for not using underwear. The woman went on to explain that the couple also said there was a ‘foul smell’ in the queue.”

“The panty-less woman stated that she rushed to the store shortly after taking a shower and decided to go commando. She and her sisters confronted the couple when argument ensued. The confrontation then continued into the parking lot.”

“It was here that the male embroiled in the argument allegedly drew a pellet gun and shot one of the females on her leg. The couple then got into their silver VW Polo and drove off prior to the arrival of Reaction Officers.”