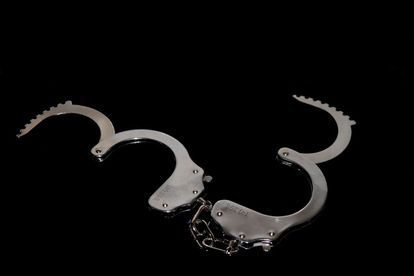 Constable Thenjiswa Ngcobo explained that an off-duty officer received information about the murder suspect. The suspect is linked to an incident that occurred in Hibberdene in May this year.

The officer was with two other off-duty members. They immediately followed up on the information and managed to trace the suspect to Gamalakhe Township. Ngcobo explained that the wanted suspect was with two other men – who were said to be armed.

The men reportedly fled in different directions upon spotting the police officers. Members were able to catch one suspect who was found in possession of a firearm, ammunition and thirteen capsules of heroin.

Officers proceeded with the search for the other two men. The suspect linked to the Hibberdene murder was found hiding at a house in Gamalakhe. He was found in possession of a firearm, ammunition and 11 bags of crystal meth.

The suspects are expected in court

The suspects, aged 31 and 41, were arrested and detained at Gamalake SAPS. They have been charged with the unlawful possession of firearms and ammunition as well as possession of drugs. Both suspects are expected to appear in court soon.

Meanwhile, it was previously reported that the SAPS shot a 28-year-old suspect dead during a shootout on Sunday, 7 August. The suspect was reportedly wanted for business robbery, carrying an unlicensed firearm and attempted murder.

He has been on the run since 9 July when he and four others allegedly robbed a business. KwaZulu-Natal (KZN) SAPS spokesperson Thenjiswa Ngcobo said the business was based at the Kwanyanda Reserve.

According to Ngobo, the suspects demanded cash and airtime vouchers. They stabbed someone at the business before fleeing the scene. Shortly after, a case of attempted murder and robbery were opened. Read the full story here.