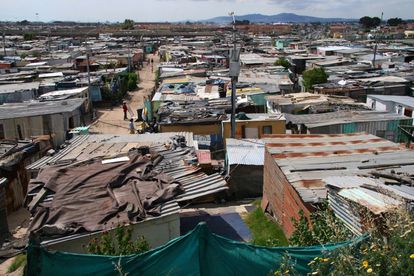 Nyanga has become safer as it no longer holds the title of South Africa’s murder capital. Photo: Robbert / Flick

Nyanga has become safer as it no longer holds the title of South Africa’s murder capital. Photo: Robbert / Flick

The SAPS and Western Cape provincial government have done the most in Nyanga. The township no longer holds the title of South Africa’s murder capital. The community has praised the police, Western Cape government and City of Cape Town.

Nyanga residents could not be more pleased

The fantastic work done in ensuring the area is a bit safer has been lauded by residents. Nyanga held the title of Mzansi’s murder capital for years. Over the last four financial years, the township’s murder rate has fallen by a whopping 34%.

The current financial year holds the figure of 131 murders in the area. In 2018, the Western Cape made up 10 of the top 30 police stations with regard to murder. Now, just eight police stations are on the quarterly crime statistics.

Ward Councillor commends partnerships that made the area safer

The statistics for the third quarter of 2021/22 were recently released by Minister of Police Bheki Cele. Ward Councillor for Nyanga Sandile Matini revealed that during his tenure as the township’s chairperson for the Cluster Community Policing Forum (CPF) it still had the title of ‘murder capital’.

Matini stated that there has been noteworthy improvement in the area. He added that stakeholders, as well as community structures, partnered together to put an end to the crime that residents faced on a daily basis.

So which area holds the title of SA’s murder capital?

Under the “Murder Top 30 Stations” page of the SAPS’ statement, Nyanga holds place number 15. KwaZulu-Natal’s Inanda is at the top of the list. This is followed by Delft in the Western Cape.

Murder rate increases: Liquor outlets are one of the places you’re most likely to be killed

In related news, the Minister of Police Bheki Cele released the crime statistics for the third quarter of 2021 to 2022 on Friday, 18 February. South Africa’s murder rate continues to increase with more than 6000 people being killed in the country between October and December 2021.

Speaking from Cape Town, Cele said the murder rate increased by 8,9% in the three month period of reporting.

“562 more people were killed in South Africa between October and December compared to the same period in 2020,” said the police minister.

In total, 6,859 people were murdered in the country, of which 902 were women and 352 were children, however, the murder capital is no longer Nyanga. Read the full story here.