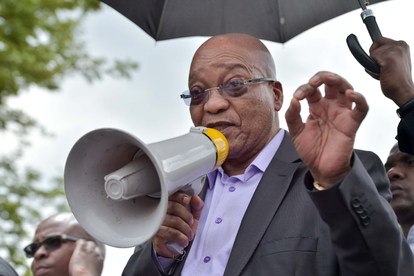 The NPA has opposed Jacob Zuma’s application without providing reasons for the move. Image: GCIS/ Flickr

The NPA has opposed Jacob Zuma’s application without providing reasons for the move. Image: GCIS/ Flickr

It appears as if former president Jacob Zuma’s ‘special plea’ application has failed to earn much attention from the National Prosecuting Authority.

The embattled politician has attempted to challenge the dismissal of his application relating to corruption charges in the Supreme Court of Appeal.

For the first time in the lengthy legal battle, the State has opted not to file papers explaining why it opposes Zuma’s latest appeal effort.

Effectively, this will fast-track the Appeal Court’s decision on the matter. Zuma has asked the court for the right to challenge the dismissal of his ‘special plea’ application. The ex-president had attempted to remove prosecutor Billy Downer due to alleged bias and misconduct.

Downer had been accused of leaking court documents to media houses by Zuma, however, these documents were made publically available. Nevertheless, the ex-president has applied to bring forward more evidence in his appeal attempt.

Zuma may have run out of luck

The State’s call to not file any explanation as to why it will oppose Zuma’s application could be viewed as a massive sign that it believes the ex-president has little hope of winning his case.

This also means that the Appeal Court can consider the application sooner, fast-tracking what may have been an attempt to delay the start of his corruption case. The highly anticipated trial is set to kick off on 11 April.

The State has made it clear that it will resist any effort made by Zuma’s legal team to delay prosecution, which in turn means that his legal team would need to formally request a postponement.

In his first statement on the conflict between Russia and the Ukraine, Zuma claimed that the case against him formed part of an elaborate attack on the BRICS group.

“Zuma was removed from office, before he finished his term, by the western forces using their forces that they are in control of within some structures of our government, and some that they control in the ruling party. He was subsequently unlawfully arrested ( as confirmed by no less than two constitutional court justices.”

Tiger Woods feeling stronger ahead of Open, but still hacking!