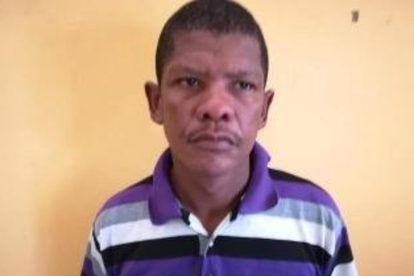 The Prieska Regional Court has convicted a man who raped an elderly woman in the Northern Cape. Photo: SAPS

The Prieska Regional Court has convicted a man who raped an elderly woman in the Northern Cape. Photo: SAPS

The Prieska Regional Court in the Northern Cape sent out a strong message by handing an accused rapist and house burglar mandatory sentences for his crimes on Tuesday.

This comes after the court ordered Fabian Phooko, 39, to spend 17 years behind bars – 12 years for rape and five years for housebreaking and theft. However, the sentences will not run concurrently.

In South Africa, the minimum discretionary sentence for rape ranges from 15 years for a first offence. The court imposes 20 years for a second offence and 25 years for a third or subsequent offence.

Northern Cape police spokesperson lieutenant-colonel Sergio Kock said Phooko broke into the victim’s house with two friends. They proceeded to ransack the home and stole valuables. Phooko went further and assaulted and raped the resident of the home.

Meanwhile, the alleged killer of a pregnant Northern Cape woman will stay put behind bars. At least until his next appearance in the Kimberley Magistrate’s Court.

Magistrate Salome Maimane-Booi left no room for interpretation when passing her verdict on Monday, 13 June. Her ruling was against Anthony Wilkinson, who allegedly stabbed his pregnant girlfriend to death in her home last month.

However, after initially being on the lam for the murder of the mother of two, Danielle Van Der Linde, 28, Wilkinson handed himself over to the police on 16 May.

ALSO READ: Off-duty officers arrest a man for the RAPE of a Klerksdorp girl