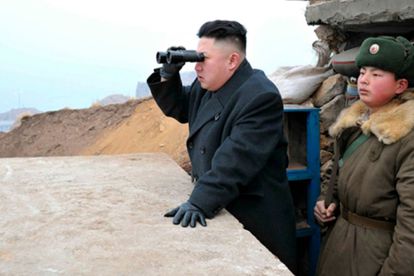 The COVID-19 jab has been described as an ‘immortal potion of love’ from Kim Jong Un. Photo: Joanna Ezzat / Flickr

The COVID-19 jab has been described as an ‘immortal potion of love’ from Kim Jong Un. Photo: Joanna Ezzat / Flickr

North Korea has started its vaccination programme. The COVID-19 vaccinations have been described as an ‘immortal potion of love’ by leader Kim Jong Un, reports Radio Free Asia (RFA).

COVID-19 Vaccines are currently only for soldiers

At the moment, the COVID-19 jabs are reserved for the country’s soldiers that are working on national construction products. RFA received details from two anonymous sources who described how broadcast vehicles play messages at vaccination sites.

The messages highlight how the vaccines are a ‘gracious gift’ from Jong Un.

“They play loud political propaganda messages as the soldiers get injected with the vaccines from China. They are calling it a ‘vaccination of love from the Highest Dignity’”,

A resident confirmed to RFA that a broadcast vehicle that appeared at a vaccination site proclaimed greatness for Jong Un who ‘prepared’ them for the ‘immortal potion of love’.

On 12 May, North Korea confirmed its first COVID-19 case. Jong Un criticised officials in North Korea for their ‘poor response’ to the virus. Since then, North Korea has maintained that its COVID-19 wave of infections is subsiding.

In 2021, North Korea rejected almost three million doses of the Sinovac vaccine from China. This week, President of the United States Joe Biden said the country did not respond to his offer of COVID-19 vaccines.

While some soldiers seemed to be happy about the vaccination programme, citizens are unhappy. The unhappiness stems from the fact that they have yet to receive the vaccine.

SA strains of Omicron labelled ‘variants of concern’ in Europe

In a report, the European Centre for Disease Prevention and Control (ECDC) said that variants BA.4 and BA.5 could lead to an increase in Covid-19 cases across the continent. The Centre also warned that this could increase hospital admissions and pressure in Intensive Care Units (ICU).

Both new variants of concern can evade immunity awarded by both a previous Covid-19 infection and a vaccine, ‘particularly if this is waned over time’, reportedly. Read the full story here.