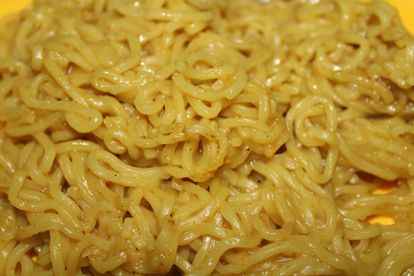 The South African Human Rights Commission (SAHRC) said it is concerned with harmful messages on social media that claim the possible contamination of 2-minute noodles is the result of tampering with products by foreign nationals – who are often described as “illegal immigrants.”

The recent deaths of five children in two different provinces may be linked to contaminated noodles. The Department of Health and South African Police Service’s (SAPS) investigation into the matter is ongoing.

The latest word – on Monday, 22 November – was that the children, from the Eastern Cape and Mpumalanga, ate two different brands of noodles.

“The investigation is ongoing. It’s a long process to try to come down to one thing because there are many factors that are involved in cases of food poisoning unless it is laboratory confirmed or other factors that might be involved,” said the Department of Health’s Murdock Ramathuba.

The SAHRC emphasised that the investigation into the matter is incomplete and at this stage, there is no evidence to suggest any tampering or any link to foreign owned businesses.

The SAHRC said the baseless suggestion that the deaths of the five children are the result of “revenge by foreign nationals” is irresponsible.

“Until such time as the health authorities confirm the cause of the death of the three children in the Eastern Cape and the two children in [Mpumalanga], and the police have traced the source of any contamination (should any contamination be found), the Commission urges communities across the country to remain vigilant against the irresponsible spread of any messages which attempt to link the deaths to any alleged revenge plot,” said the Commission

The health authorities have suggested that the noodle products concerned may be recalled if the evidence indicates that it is required. However, no such instruction has been handed down yet.

The SAHRC urged members of the public not forward inflammatory messages that vilify foreigners and to advise the senders of such messages that the allegations are unproven and fake news.