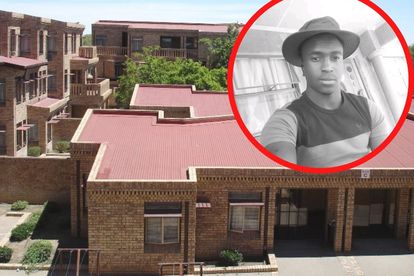 No arrests yet after North West student was brutally murdered on campus. Photos: Facebook

No arrests yet after North West student was brutally murdered on campus. Photos: Facebook

No arrests had been made yet after a 23-year-old student was found brutally murdered in his bed at the James Moroka residence on campus.

POLICE SAID NO ARRESTS HAVE BEEN MADE YET

The student, Onkgopotse Kgeletsane, was found in his bed with head and multiply body injuries.

According to police spokesperson Lieutenant Colonel Amanda Funani, no arrests have been made, and the investigation is still ongoing.

“Mmabatho Police are searching for suspect/s after a Onkgopotse’s lifeless body was found in his room at one of the students’ residences of North West University, Mahikeng Campus on Sunday, 12 June 2022.”

STUDENT WAS FOUND MURDERED IN HIS BED

Funani said Onkgopotse was last seen on Friday night, 10 June 2022, with his friends. His parents became suspicious after failing to reach their son on his cell phone on Saturday and Sunday mornings.

“The university security managed to openOnkgopotse’s room and he was found lying dead on his bed. Initially, an inquest docket was registered, but it was changed to murder after a preliminary post-mortem report revealed that the victim died due to head and multiply body injuries.”

The police request anyone who may have information that can assist in the investigation, to contact Investigating officer Sergeant Neo Motswadira on 079 897 1944 or to call the South African Police Service (SAPS) Crime Stop number: 08600 10111. Anonymous tip-offs can also be communicated via My SAPS App.

Meanwhile, the North-West University spokesperson Christopher Motabogi said they are deeply saddened by the untimely passing of its student Onkgopotse.

“The North-West University (NWU) community is deeply saddened by the death of 23-year-old, Onkgopotse Kgeletsane, who was found dead in his room in the James Moroka residence on the Mahikeng Campus on Sunday, 12 June 2022.”

ONKGOPOTSE WAS A SECOND-YEAR STUDENT

Onkgopotse was a second-year student in Public Administration.

“The university will continue to cooperate and provide all the necessary support to the South African Police Services’ investigation team to ensure a thorough investigation of the matter. We are aware of the reports and speculations regarding the cause(es) of Onkgopotse’s death, and we caution everyone to allow the SAPS to conclude the investigations and report accordingly.”

The university said the NWU Student Counselling team has been providing the necessary support to fellow students and residents of the residence since the incident.

“We have also been in contact with the family, and we will support them in any way possible.”