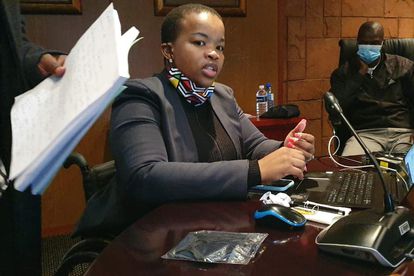 Nkangala District Municipal Manager Maggie Skhosana and her driver Gugu Mtsweni have been found after they were allegedly kidnapped on Thursday 20 October.

Skhosana and Mtsweni were found in Diepsloot, Gauteng on Wednesday night 26 October and were reportedly taken to the nearest police station. The two were then taken to Steve Biko Academic Hospital in Tshwane for medical assessments.

As previously reported, the South African Police Service (SAPS) said according to information at its disposal, it is alleged that the victims were attacked at the municipality premises gate before they could enter. Reports indicated that Skhosana and her driver were stopped by suspects in a white sedan wearing police uniform and both vehicles were seen driving in the same direction following each other.

Spokesperson Brigadier Selvy Mohlala said immediately after the incident was reported, police launched an investigation and the Municipal Manager’s vehicle was recovered abandoned in one of the mines in Middelburg.

The wheelchair and other properties believed to be belonging to the victims were also recovered in the abandoned vehicle, with no sight of the victims.

On Thursday 27 October, Mpumalanga Premier Refilwe Mtsweni-Tsipane said they are grateful that the Municipal Manager and her driver have been found and also asked for the families to be given privacy so that they can be with their loved ones.

This is a developing story. The South African will add more information as soon as it becomes available.

ALSO READ: No arrests yet in kidnapping of Nkangala Municipal Manager