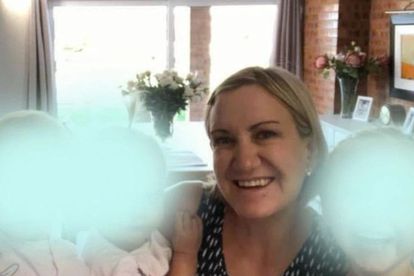 The trial date for Lauren Anne Dickason’s case has been scheduled for mid-2023.

Dickason’s application to have the trial venue changed was approved

Dickason is accused of murdering her three young children at their Timaru home in New Zealand. The initial date was set for early 2023 in Timaru, but Dickason applied for a venue change so it could be heard in Christchurch.

When did the murders occur?

On 16 September 2021, Dickason allegedly killed her six-year-old Liané and two-year-old twins Maya and Karla. Her husband, Graham, came home to find his three daughters dead and his wife in serious condition.

Dickason was reportedly taken to Timaru Hospital in critical condition. Within a day, she was arrested and charged with three murders.

She first appeared before the Timaru District Court just two days after the incident. She was subsequently remanded in custody and then detained at a forensic psychiatric facility.

Graham, an orthopaedic surgeon, was reportedly out for dinner with colleagues at the time. The Dickason family are originally from Pretoria. They immigrated to New Zealand and had resided in Timaru for two weeks before the children were killed.

Dickason is currently in a mental health clinic in Christchurch

Information surrounding the cause of the deaths of Liané, Maya and Karla has been suppressed, reports Otago Daily Times.

Since the death of the children, Lauren has only attended one of her court hearings. Justice Cameron Mander cited advice from her managing clinician as he excused her lack of attendance.

“At this stage, it was thought best not to expose her to the court setting,”

At the moment, Dickason is in the medium secure psychiatric unit at Hillmorton Hospital. Hillmorton is a mental health clinic in Christchurch.

Graham’s response to the incident

Graham has returned to South Africa. A week after his wife was accused of the murders, he said he had forgiven her, adding that she was also a victim of the tragedy.

ALSO READ: Timaru tragedy: Trial of SA mom accused of killing her daughters in New Zealand to be moved