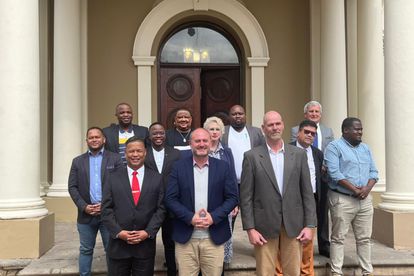 The newly Nelson Mandela Bay Metropolitan Municipality has seemingly overlooked women when it came to the appointment of members of the mayoral committee.

Instead, 10 of the 11 portfolios are occupied by men.

The Nelson Mandela Bay Municipality has started afresh with a new multiparty coalition executive. This was after the axing of former mayor Eugene Johnson. Johnson has been replaced by the DA’s Retief Odendaal.

He unveiled his new mayoral committee earlier this week. But it has left the South African Local Government Association’s (SALGA) Women’s Commission (SWC) shocked and dismayed.

This is because of the lack of women in the new mayoral committee, says the SCW national chairperson Ntandokazi Capa.

“The metro’s new multiparty coalition executive was unveiled on Tuesday 27 and has only one woman, Councillor Annette Lovemore, who was appointed to lead the Corporate Services portfolio.”

This means the remaining ten portfolios are all headed by men. This is something which is worrying as it maintains the existing situation of the representation of women in local governance, said Capa.

“In the scramble for positions and power following the removal of the metro’s Mayor, the city’s new coalition government featured women as an afterthought in the creation of the city’s executive team, and this is clear when one looks at the make-up of its leadership collective,” said Capa.

ALSO READ: Coalition parties leave DA out in the cold as Joburg joins the list

MEN GET MOST OF THE MUNICIPAL POSITIONS

But the overlooking of women was not unique to the Nelson Mandela Bay municipality. It actually cuts through all municipalities at different levels of the municipal workforce, said Capa.

2020 figures by Statistics SA’s non-financial census on all 257 municipalities found that majority of men filled municipal managerial posts as compared to women.

23 230 people occupied posts at the management level including mayoral and councillor positions. But a large 14 209 of these posts are filled by men. Women only occupy 9 021.

But women make up the majority of the population in South Africa. More women than men are registered to vote.

“This confirms that women continue to lag substantially behind men when it comes to leadership and employment in the sector. What has happened in Nelson Mandela Bay is merely the latest chapter of a deepening and widening crisis on gender equality in local governance,” Capa said.