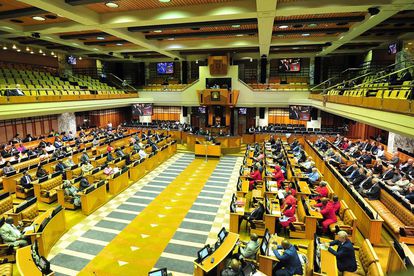 SA’s cabinet will hold a special meeting on Sunday March 15 2020 to discuss the spread of coronavirus.

SA’s cabinet will hold a special meeting on Sunday March 15 2020 to discuss the spread of coronavirus.

President Cyril Ramaphosa has put pen to paper on some significant legislative changes this week. Three new laws have been officially ratified, and they’re connected to traditional leadership and infrastructure.

What new laws have been introduced in South Africa?

The Head of the Bill’s Office, Neil Bell, told Parliament that three amendments have officially been sanctioned – and revealed there are two more to come next week. The ones awaiting Cyril’s signature seeks to provide for equitable shares among the three spheres of government and protect the rights of minors respectively.

“Division of Revenue Amendment Bill and the Child Justice Bill that were passed in the NCOP this week are all going to the President for Assent on Thursday or Friday. The Traditional Leadership and Governance Framework Bill, the Critical Infrastructure Protection Bill and Traditional Khoisan Leadership Bill have been signed into law.”

The bill has been introduced to give more autonomy to Khoisan peoples and their leadership structures. Concerns have previously been raised about how this affects the traditional rule of law in these communities, but the new law has also been praised for recognising the independence and the culture of the group.

This law will help identify buildings and structures of significant relevance. Any structures falling into this category will be protected and safeguarded in the future, with any alterations having to be screened through a committee. This can include water reticulation systems, or buildings of historical, cultural or communal significance.

This is an amendment to an already-existing bill, which aims to make the administrative processes a little easier. The ruling means that all time frames – given for the introduction and disbanding of traditional kingships or queenships across South Africa – must be brought in line with the rules set out by National House of Traditional Leaders.