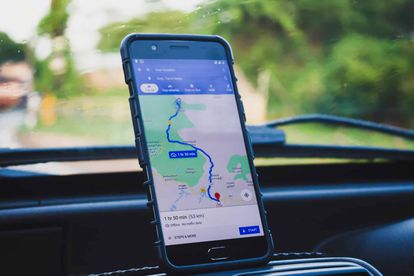 We are itching to travel again, as have the rest of the pandemic-stricken world, and Google noticed. The company recently announced exciting new features coming to Google Maps in 2021.

In addition, Google will also be bringing more than 100 AI-powered (artificial intelligence) improvements to the maps’ ecosystem. Here’s what you need to know.

The first feature announced by Google – the Indoor Live View – enables users to point their phone camera at their surroundings for additional information.

Using this feature, Google will overlay directions such as “go down one level”, which would especially be useful to readers who easily get lost in shopping malls and airports.

The feature was previously known as Live View and only worked outdoors. New overlays will include malls in Chicago, Long Island, Los Angeles, Newark, San Francisco, San Jose and Seattle.

According to Google, the feature will begin to roll out “in the coming months”, starting with select airports, malls, and transit stations in Tokyo and Zurich, with more to follow.

Google will also incorporate eco-friendly directions in the app, enabling users to choose the most fuel-efficient route to their destination. These direction features will roll out in the US first, followed by a global rollout in due course.

If the eco-friendly route is similar to the regular fastest route, Google Maps will default to the eco-mode directions. You can also manually select the feature to prioritise the environment, instead of time-saving.

“What we are seeing is for around half of routes, we are able to find an option more eco-friendly with minimal or no time-cost tradeoff”.

In addition to the above, Google will inform you when you are travelling through low-emission zones. This is useful for users who live in areas where passage fees are applicable.

The feature will roll out in the UK, France, Germany, Spain and the Netherlands in June 2021 for Android and iPhone devices, with more countries to follow.

Lastly, Google Maps will receive weather and air quality overlays which will show current, hourly and weekly forecasts from The Weather Company, AirNow.gov and the Central Pollution Board.

That means you’ll be able to get weather updates for your route without even leaving the app. Google confirmed that the weather layer would be available globally, while the air quality layer will launch in Australia, India, and the US.

At the time of publishing, Google hasn’t announced a precise timeline for feature rollouts yet. However, the Android Play Store and Apple App store will send update notifications as the various features become available.