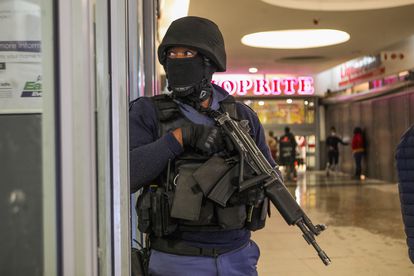 Law enforcement agencies are on high alert in Gauteng on Monday 23 August amid threats of a national shutdown. The Gauteng Provincial Government wishes to assure the people in the province that law enforcement will do their very best to ensure the safety and security of the public.

MAKHURA URGEST THE PEOPLE OF GAUTENG TO WORK WITH POLICE

Gauteng Premier David Makhura has urged the people of Gauteng to abide by the law and report any suspicious activity to the police.

“I call on the people of Gauteng to work with the police and Community Policing Forums to ensure that no acts of violence and criminality see the light of day in our communities,” he said.

“The provincial government once again assures the people of Gauteng that law enforcement agencies will remain on high alert to maintain law and order in Gauteng,” he added.

While law enforcement agencies are on high alert in Gauteng, police in Durban had to disperse protesters in Durban on Monday morning. DA Shadow Security Minister, Dianne Kohler-Barnard, confirmed that a vehicle had been burned out.

Economic Freedom Fighters (EFF) leader Julius Malema took to Twitter on Sunday urging South Africans to stay safe amid talk of the national shutdown that would begin on Monday.

According to police, there have been messages circulating, in which people are being mobilised to take part in the supposed national shutdown.

“Law-abiding citizens should be at ease knowing that we are not taking these threats lightly. Security forces are on high alert and ready to maintain stability in the country, and ensure the safety and security of South Africans,” NatJoints said in a statement.