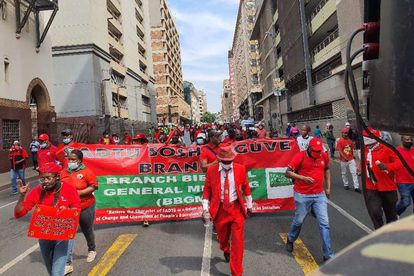 With the huge levels of poverty in our country, the idea of refining and enforcing a fair national minimum wage has long been up for discussion. With a series of proposed increases going into the new year, the Congress of South African Trade Unions (COSATU) is welcoming the plan for 2022. And especially what it would mean to domestic workers around the country.

The National Minimum Wage Commission has proposed an increase to the wage of CPI plus 1%. This is likely to mean a 6% increase in the wage next year. In terms of an actual amount, that would set the new minimum wage at R23 per hour. Up from R21.69.

ALSO READ – Vaccine booster shots: When we’ll get them & everything you need to know

The equalisation from next year would see the domestic workers’ hourly minimum rise from just over R19 to R23.

“These increases will make a positive difference in the lives of over 6 million workers currently paid at the NMW level. It will mean a significant increase for the 892 000 domestic workers who are overwhelmingly women.”

COSATU says that the proposed increases have been welcomed across the board. The union giant is now calling on the commission and the Department of Labour to ensure that the increases come into effect by the 1st of March 2022.

One thing COSATU isn’t so happy about though. The decision not to adjust the Basic Conditions of Employment Act Annual Income Threshold. The threshold has not been adjusted since 2014. It includes key protections such as overtime pay and unemployment insurance fund benefits.

Workers who earn above the threshold are not automatically guaranteed all these benefits. Instead, they have to be negotiated with their employer.