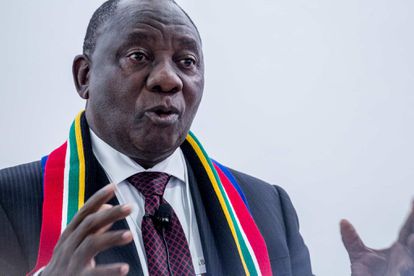 Well, the ANC may have suspected that it was time to brace for impact: But the iconic party might be hitting the ground even harder than first thought – and it’s thanks to an alleged low-voter turnout on Monday.

How many people have voted in the 2021 Local Elections so far?

Elections Expert Dawie Scholtz has revealed that the national turnout by noon was about 14% – and this is drastically low compared to the same stage in previous years. Just 3.5 million people had registered their vote this morning

The IEC just announced 3.5 million people had voted by noon. If you add the special votes it implies total national turnout by noon of 14%. That's very, very low.

ANC ‘may slip under 40%’ if voter turnout stays low

After rising to power in 1994, the ANC’s displacement of the National Party and the system of apartheid won plaudits worldwide. But after that initial dizzying victory, things turned sour in the 21st century. The ruling party has been plagued by accusations of corruption, poor service delivery, and awful governance.

For the first time in almost three decades, the public frustration with the organisation will likely be reflected at the ballot boxes: A poll from IPSOS, released just hours before voting opens in the 2021 Local Elections, showed that the ANC is all-but-guaranteed to fetch fewer than 50% of all votes across the electorate.

If we have a low-voter turnout, how will each party perform?

However, that was based on a fairly moderate voter turnout. If turnout numbers remain low, the projections change completely. One model predicts that the ANC could see their vote share SHRINK to around 38.5%, marking a genuine regression for the 109-year-old organisation – and a possible seismic shift in SA’s political landscape.

Should this model hold true, just 7% of the vote would separate the DA from the ANC – the closest these two parties have ever been in terms of a national vote share. The EFF is also likely to see its support base grow.

Based on a low-voter turnout, IPSOS forecasts the following national results: