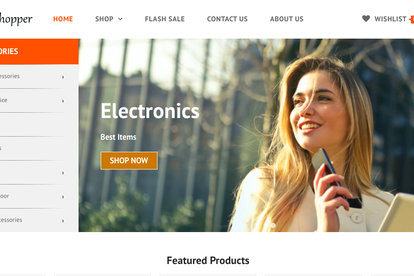 Consumers have been warned against using the services of online store Mr Shopper after the Consumer Goods and Services Ombudsman (CGSO) received almost 200 complaints about the site.

CGSO Magauta Mphahlele issued the warning to consumers to exercise “extreme caution” when transacting with Mr Shopper. However, in my view as a consumer journalist, it’s advisable to give this online store a wide berth considering the fact that so many consumers have complained about not receiving their goods. There are also similar complaints on several consumer websites.

The online shop offers a wide variety of items ranging from office furniture, electronic goods such as PlayStations and Televisions.

Mphahlele said she had recorded a spike in the number of complaints levelled against the supplier and noted its non-cooperative behaviour in addressing these.

“Our office has, in the past five months received 173 cases against Mr Shopper, lodged by angry customers. This is a significant increase compared to 2020 wherein 32 complaints were received from 1 January 2020 to 31 December 2020,” Mphahlele said.

Consumers who have sought the help of the ombudsman have alleged that Mr Shopper either fails to deliver goods or engages in bait marketing, whereby the shop advertises products as being available knowing that they do not have sufficient stock. As soon as payment is made, consumers allege that they are told that the goods are out of stock. The supplier then engages in delay tactics when it comes to refunding its customers.

When the CGSO originally dealt with complaints against Mr Shopper, the store did not respond directly to the CGSO but the firm did eventually refund complainants or deliver the goods that had been ordered.

However, more recently, the ombudsman has been unsuccessful in referring complaints to Mr Shopper and on 22 April 2021, Mr Shopper advised that the CGSO should send a list of all the complaints to the store’s new email address in order for the firm to attend  to them.  The CGSO sent the list on 23 April 2021 but the firm has not responded.

“We have been advised that the supplier’s website was recently closed down and that they have vacated their offices,” Mphahlele said.

“The conduct of the supplier is unacceptable and since they are taking money from consumers without delivering the goods and not responding to complaints, we have no option but to issue a warning to consumers to prevent further losses. Their conduct is in possible  contravention of section 19 of the Consumer Protection Act (CPA), which governs a suppliers’ obligations in terms of the delivery of goods or services, and their responsibility in the event they are unable to deliver,” Mphahlele said.

In terms of section 19 of the CPA, suppliers are responsible for delivering goods or services on the agreed date and at the agreed time, or otherwise within a reasonable time after concluding the transaction or agreement. They are further required to deliver  at the agreed place of delivery or performance of the services. Where the supplier fails to deliver as agreed and fails to reach an agreement regarding alternative delivery dates and times, the consumer has the right to cancel the transaction without penalty and to receive a full refund.

Mphahlele added that Mr Shopper also appears to allegedly be in contravention of sections 30 and 41 of the CPA. Section 30 prohibits suppliers from advertising goods as being available at a specified price in a manner that results in consumers being misled or deceived about the actual availability of those goods at the advertised price, or at all; while section 41 relates to false, misleading, or deceptive representations.