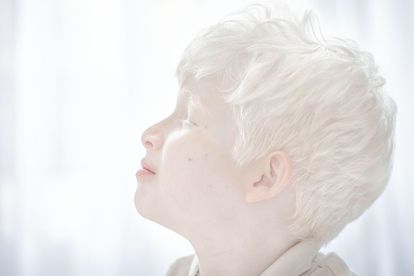 A father and his accomplice allegedly tried to sell the man’s three children who all have albinism. Photo: Silvia Alessi / Flickr

A father and his accomplice allegedly tried to sell the man’s three children who all have albinism. Photo: Silvia Alessi / Flickr

Mozambican police have arrested two men for allegedly trying to sell three children with albinism. It’s been reported that one of the suspects is the children’s father.

Three children were said to be trafficked by their own father

The children are aged between 9 and 16 years old. Police revealed that the men were attempting to sell the children for witchcraft. After the arrests, the men continued to deny the allegations.

Spokesperson for the police in Mozambique Feliciano da Camara said authorities responded to a tip-off and were able to intercept the men.

Da Camara explained that the men were allegedly going to traffic the children to Malawi. There, the kids were to be sold for around R670 000, reports IOL.

Albinism can be described as an inherited genetic condition. The condition decreases the amount of melanin pigment formed in a person’s skin, hair or eyes. The National Organization for Albinism and Hypopigmentation reports that the condition occurs in all racial and ethnic groups across the globe.

What are the body parts of people with albinism used for?

According to a 2017 report by LA Times, the body parts of people with albinism are often used in witchcraft rituals. It is a common superstition that their body parts can bring riches, success, power or sexual conquest. The publication noted that children with the condition are especially vulnerable.

Depending on the spells that are to be cast, the bodies of people with albinism who have been abducted are usually found without their hands, feet, skin, eyes, hair, genitals or breasts.

The fear and danger of these superstitions prompted a United Nations intervention. The organisation now relocates families of people with albinism in Malawi to other countries such as Canada.