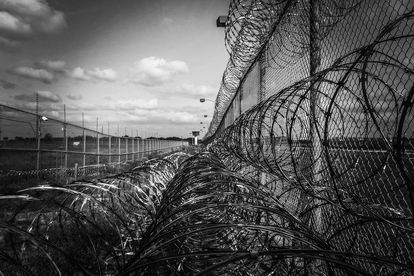 A Mozambican man was slapped with four life terms for the rape of his stepdaughters in Gauteng.

Lumka Mahanjana, NPA Regional Spokesperson, detailed that the Bronkhorspruit Magistrates’ Court sentenced the stepfather aged 57, to four life terms and 21-year imprisonment, for the rape of his two stepdaughters aged 13 and 15 years old, grievous bodily harm, and being illegal in the country.

“The Magistrate ordered that the sentence should run concurrently with that of a life sentence.”

HOW THE STEPFATHER ENDED UP IN BED WITH THE CHILDREN

It is reported that the Mozambican national was staying with the mother of two children at Kamieldrift at Pretoria East and was the sole provider for the family.

“From 2004 until 2019 when he bought clothes for the children, he requested sexual activities as a form of payment. He would take them one by one to collect wood or feed chickens then rape them,” Lumka revealed.

She said this was discovered during a family function in December 2019, when the 13-year-old asked other kids who were at the function if they too pay with sexual favours when their fathers buy them things.

“The adults who were at the function, including the mother overheard the conversation. The matter was reported to the police, and the stepfather was arrested in January 2020 and has been in custody since, after the NPA successfully opposed bail.”

“In court, he pleaded not guilty to the charges preferred against him.
In aggravation, the prosecutor Akanyang Ben Smith told the court that the children were stripped of their dignity. A man who was supposed to protect them and be their father brutally [invaded] their privacy and integrity at a tender age. The children were psychologically impacted by the incidents; therefore, he asked the court to impose a sentence of life imprisonment,” Lumka detailed.

She added that the Director of Public Prosecution, Advocate Mzinyathi thanked the work of the prosecutor and the investigating team that led to the conviction and sentence. He said he wants to assure the community that prosecuting crimes of gender-based violence remains a priority to the NPA.