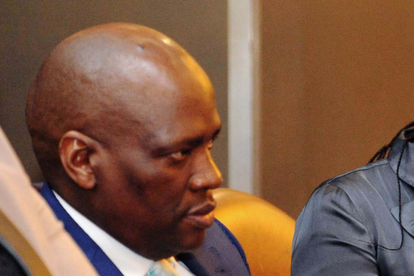 Hlaudi Motsoeneng now claims that his enemies are ‘after him’. Image: GCIS/ Flickr

Hlaudi Motsoeneng now claims that his enemies are ‘after him’. Image: GCIS/ Flickr

Embattled former SABC COO Hlauli Motsoeneng insists that he is currently the victim of a political plot. This comes after the public broadcaster and the Special Investigating Unit ordered the former chief operations officer to pay back over R2.4 million in ‘gratitude’ funds handed over to music legends during his time at the SABC.

“What SIU did, they went and talked to people who know nothing….about the funding of those artists. I’ve been saying this is more political.”

Motsoeneng adamant plot was intended to keep him out of power

Speaking during a recent interview, Motsoeneng explained that he would have emerged as one of the nation’s leaders, if only it hadn’t been for this plot against him

“Look, I have been saying this is more political, because I am aware that all these politicians, especially those who are against me, if they don’t tarnish my name, I am going to emerge as one of the leaders of South Africa. I don’t regret or apologise for what I did. People are very afraid of me,”

Furthermore, Motsoeneng claims that the funds in question had gone to nothing but noble causes.

“What is more important for me … I don’t regret [and] I don’t apologise. The role of a leader is to stop the suffering of our people, to stop poverty and not talking but by implementing. I did implement and stopped those artists who were dying in hospital who could not even pay for their medicine. I paid for their medicine.”

These payments, totalling R2.5 million, were approved by Motsoeneng during his tenure at the SABC. R50 000 was paid to 50 music legends under his watch. Motsoeneng has since founded the African Content Movement, which was first launched in 2018.