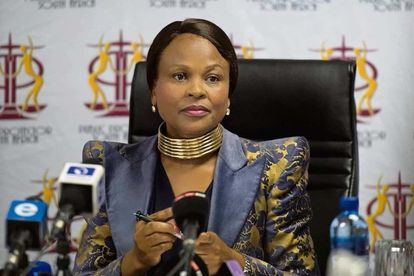 Public Protector Advocate Busisiwe Mkhwebane has suffered yet another defeat as the Western Cape High Court dismissed her latest attempt to interdict Parliament from forging ahead with its inquiry into her fitness to hold office – and to also prevent President Cyril Ramaphosa from suspending her.

The court announced the judgement on Friday morning, 10 June 2022, just a day after Ramaphosa suspended the public protector.

ANOTHER COURT DEFEAT FOR BUSISIWE MKHWEBANE

Public Protector advocate Busisiwe Mkhwebane put forth arguments to the Western Cape High Court, explaining why the president cannot suspend her as well as why the section 194 committee probing her fitness to hold office cannot continue.

“Mkhwebane holds a strong view that Ramaphosa is precluded from playing any role in her suspension primarily because he is conflicted and that, in any event, the powers to suspend as envisaged in section 194(3)(a) of the Constitution will only be triggered after the start of the removal proceedings, which has not yet happened,” the Public Protector’s office said at the time.

The latest judgement was handed down by a full bench of the Western Cape High Court. Mkhwebane was also ordered to pay part of the costs in her personal capacity. The court found that public interest would not be served by granting the interdict to stop the Parliamentary process.