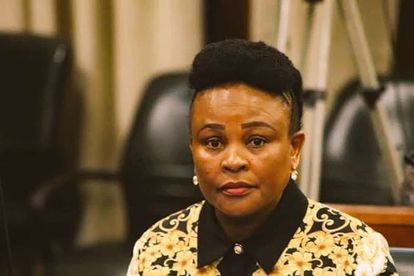 The office of the Public Protector, Busisiwe Mkhwebane, on Tuesday weighed in on the recent North Gauteng High Court order setting aside her report into the conduct of the so called “rogue unit”, further directing some jabs at one of her notable critics in the reaction.

Spokesperson for Mkhwebane’s office Oupa Segalwe says the full bench of Justices at the North Gauteng High Court in Pretoria, chose not to factor the vitriolic allegations levelled against her by the applicant in that matter, Public Enterprises Minister Pravin Gordhan. He said the Justices only deemed Gordhan’s allegations made in his founding documents to be “irrelevant, scandalous and prejudicial” and struck them out as a result.

Gordhan is noted as stating that he doubts Mkhwebane’s competence, integrity and grasp of her powers, duties, and functions as the Public Protector of the country.

The Public Enterprises Minister, who has come under the spotlight for the alleged ill-treatment of whistleblowers, claimed in his application that Mkhwebane has ulterior motives and is not fit to stand office.

Segalwe on behalf of the embattled PP, says Gordhan, has failed to prove the validity of his allegations both in court and at the Commission of Inquiry into State Capture.

Whilst Mkhwebane says her report focused on the laws that were breached by the “illegal intelligence unit” formed by the South African Revenue Service (Sars) in 2007, when Gordhan was the tax commissioner, the North Gauteng High Court does not agree, finding her report to be irrational and not based on any “bereft of any sound legal or factual basis”. The justices chastised Mkhwebane for allowing her office to be used to bring up the “propaganda fiction”.

This latest court loss has again intensified calls for Mkhwebane to be removed from her current position.

Where is the Vrede Dairy report?

Meanwhile, in another matter, the DA is still awaiting the release of the Vrede Dairy report

In 2019, the same courthouse ruled that Mkhwebane’s report into the controversial Estina Dairy farm in Vrede was invalid and unconstitution, effectively setting it aside. Mkhwebane challenged the ruling and the cost order that followed in the Constitutional Court in 2020, where she lost her bid. DA leader in the Free State, Roy Jankielsohn says they are now looking to other avenues to get justice for the beneficiaries of the project, because they cannot continue to wait any longer for the PP’s report.

Jankielsohn has turned to the Bloemfontein High Court in seeking further justice for the 80 beneficiaries of the controversial Vrede Dairy Project. The application aims to force the Free State Development Corporation (FDC) and the Agriculture Department to officially “recognise, verify and appoint the beneficiaries” who till today are yet to receive a cent of the hundreds of millions of rands that have been pumped into the project thus far, despite having a 51% stake in it.

The provincial agriculture department is opposing the matter. A court date is yet to be set on the matter.