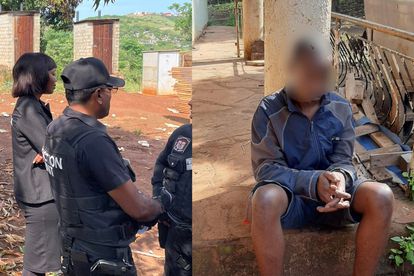 Rape accused arrested after being found with a missing teenager. Photo: RUSA/ Facebook.

Rape accused arrested after being found with a missing teenager. Photo: RUSA/ Facebook.

A 23-year-old man was arrested after a missing teenager was located naked in his home in Tongaat, north of KwaZulu-Natal earlier today, Thursday, 27 October.

According to Reaction Unit South Africa (RUSA), a search party were canvassing the area after a 16-year-old female failed to return from school yesterday afternoon (Wednesday).

The missing teenager in question is a student at a school that caters for learners with physical and cognitive disorders.

“Her family confirmed that the teenager was dropped off by her transport near their home however, she could not be located thereafter.”

They launched a search party yesterday afternoon and canvassed the area for information.

“This morning, they were informed that the girl was seen in the company of a male near their home. They proceeded to his residence and located the female naked in his room,” RUSA reported.

It’s further reported that news of the incident spread rapidly through the community when approximately 50 people arrived at the suspect’s home.

RUSA says they removed the female from the house and tear-gassed the suspect. Residents thereafter contacted them (RUSA) for assistance.

SUSPECT CLAIMS HE DID NOT RAPE THE NAKED GIRL

“Reaction Officers were immediately dispatched and arrived on scene at approximately 08:47. It was established that the suspect was hiding inside the house. Residents were unable to enter due to the tear gas. The suspect exited the house after he was instructed by Reaction Officers,” the company detailed.

During an interview, he informed RUSA Members that he had seen the girl walking on the unpaved road near his house when he approached her.

“He convinced her to follow him home where he removed her clothing and kept her naked throughout the night. He informed Officers that he intended on raping her however, he allegedly developed a guilty conscience and did not. Due to her mental illness, the female was also unable to confirm if she was sexually assaulted. She will be transported to a medical facility to confirm if she was raped,” RUSA further detailed.

ALSO READ: 16-year-old girl dies after being RAPED and BURNT

The suspect and the teenager were handed over to the Tongaat SAPS for further investigation.