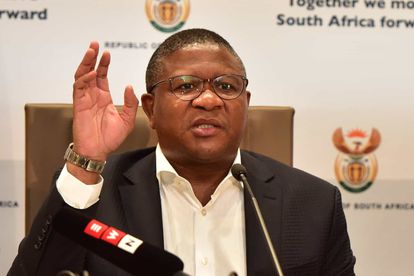 Western Cape Premier Alan Winde said the provincial government was disappointed that Transport Minister Fikile Mbalula did not seek to engage the provincial leadership during his visit to Cape Town to investigate commuter rail service challenges.

Mbalula experienced for himself the daily frustrations that train commuters face in Cape Town.

His train was seriously delayed before he eventually abandoned it to take a Passenger Rail Agency of South Africa (Prasa) bus in order to complete his full planned trip.

Mbalula was meant to travel by train from Chris Hani station in Khayelitsha to Langa station, but could not complete the trip due to an incident at Nyanga station.

“The train system in the Western Cape is entirely dysfunctional and I think it’s important that Minister Fikile Mbalula experienced first-hand what people go through every day,” Winde said in a statement.

“Minister Mbalula, however, will go back to being driven in his ministerial vehicle, while this afternoon, and tomorrow, and for the foreseeable future, commuters will likely experience similar delays again.

“We need Minister Mbalula to apply his trademark energy to fixing this problem with urgency.”

Pleased he is taking notice

He added that the provincial government was pleased that Mbalula was taking the concerns of Western Cape residents seriously, and investigating the commuter rail service.

“However, the provincial government is disappointed that Minister Mbalula did not wish to engage with us. Building partnerships across all spheres of government is essential to ensuring effective service delivery, and as Minister Mbalula correctly points out, the problems with our train system impact our province’s poorest and most vulnerable.”

Transport and Public Works MEC Bonginkosi Madikizela said he was surprised to see on Twitter that Minister Mbalula was coming to the Western Cape without even a courtesy call to alert him.

“After seeing his tweets, I sent him a message expressing my concern about this and his response was very disappointing,” he said.

“This flies in the face of intergovernmental relations and the cooperative governance framework which compels different spheres of government to work together for the benefit of our citizens.”

I’ve concluded my interaction with our commuters on the Cape Town Central Line where I shared our plans to fix rail in the country.

I head back to the office to prepare for the Debate on SONA. The issue of trains is emotional for our people. pic.twitter.com/xuokrGBCkh