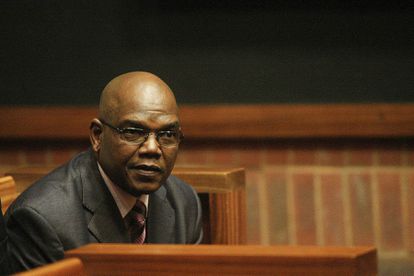 Mdluli and his co-accused’s, Crime intelligence ex-chief Financial Officer Solomon Lazarus and former Supply Chain Manager Heine Barnard are appearing on multiple counts of fraud, corruption, theft and defeating the administration of justice in connection to allegations of the abuse of the Secret Services Slush fund.

The three were initially expected to appear before the High court in Pretoria but Investigating Directorate (ID) spokesperson Sindisiwe Twala revealed that the defence intended to bring additional papers before the court.

“The defence in the Mdluli matter want to bring additional applications and additional papers..” said Twala.

The case was initially enrolled in 2011 and then struck off the roll because the defence stated that the accused would not have a fair trial. This was as a result of the lack of access to the then classified Secret Services procurement documents.

Upon taking up office in 2019, ID head – Advocate Hermione Cronje – revealed that her team, made up of assigned Hawks investigators brought up the request for declassification to the National Director of Public Prosecutions, Shamila Batohi, and National Police Commissioner, Kehla Sithole, to assist in that regard.

When quizzed on the allegations, Mdluli has always maintained his innocence and also expressed his reservations of speaking publicly on classified information or what he termed ‘covert activities’ of the country.

This is one of several cases that the ID has enrolled emanating from the State Capture Commission.

Former Crime Intelligence officer Col Dhanajaya Naidoo made allegations against Mdluli and his co-accused’s at the commission in September 2019. He gave a detailed account of how the secret service account was used to pay for cars and flights by Mdluli, Lazarus and Barnard, during Mdluli’s tenure, between 2009 and 2012. He also admitted that he was among those that looted the account.

Hawks investigator Colonel Kobus Rolefse also revealed at the state Capture commission that vehicles worth over R3 million were bought for the use of Mdluli and his office.