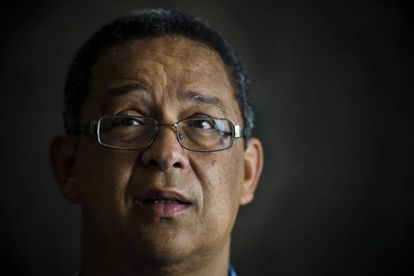 McBride appeared before the state capture commission of inquiry on Thursday, 20 August 2020, to be cross-examined by the North West’s Commercial Crimes Unit Brigadier Pharasa Ncube and General Ntebo Mabula.

Ncube is part of a group of SAPS members McBride had alleged were targeting Ipid officials for political reasons.

O’Sullivan had reported a case against Phahlane to Ipid in relation to allegations he had received millions in kickbacks from lucrative contracts with the police unit.

McBride said when he returned to Ipid following his suspension, he was contacted by O’Sullivan who wanted an update on the matter – which had been reported during McBride’s absence. The Ipid head then assembled a team to go and investigate at Phahlane’s palatial home in Pretoria.

This comprised of two Ipid investigators, Mandlakayise Mahlangu and Temane Binang as well as O’Sullivan and Trent, who would later face charges – further escalating tensions between the directorate and SAPS.

Cross-examining McBride, advocate Dawie Fourie said both O’Sullivan and Trent’s interference in the investigation was inappropriate and unusual, prompting a response from him.

McBride then said the two officers should instead explain themselves the circumstances surrounding their accompaniment, however Fourie pushed and said it was uncommon for complainants to be so invested in a case.

“Perhaps that question should be directed to them (the investigators), if I testify as to the reasonable explanation, it would be based on what I have been told and not what I personally know”, McBride said.

Chairperson of the commission, Raymond Zondo then chimed in and sought McBride’s opinion on whether he thought there was anything untoward about the pair’s involvement in the matter.

“From the outside view, people have commented on their over-involvement…too much assistance”, he said.

“O Sullivan and his team assisted a lot. The key reason is more than just the specific aspects related to this case, there’s the issue of funding. If you want Ipid to be  independent, make sure there’s funding – there’s an issue of funding so its not forced to rely on anybody else”, he continued.

McBride stressed that the only alternative was to seek help from the police, which would have belied the point of the investigation.

The commission has adjourned.