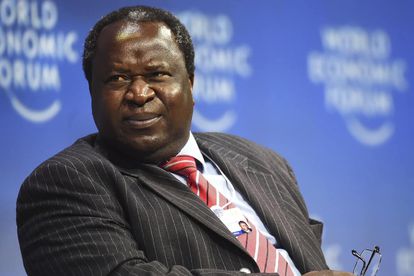 Finance Minister Tito Mboweni detailed how access to broadband internet has become a developmental imperative in his address to the World Economic Forum on Africa.

Mboweni was addressing the first plenary session on behalf of President Cyril Ramaphosa after the leader of South Africa had other urgent matters of state to attend to.

“We all know that economic growth, job creation, and entrepreneurial activity is inextricably linked to broadband access. We, therefore, need to ensure that broadband access – like healthcare and education – is available to all,” Mboweni said.

Mboweni said if the continent does not overcome social, economic, and spatial inequality in the provision of broadband, it will simply perpetuate the economic exclusion of the majority of Africa’s people.

“In the development of our policy and in the implementation of our programmes, we need to ensure that technology promotes greater equity and broader social and economic participation. As countries of Africa, we share a common determination to be part of this new age of disruption and to join the economy of the future,” he said.

Mboweni believes agility is the key to unlocking Africa’s potential

The continent, said the Minister, must respond with agility to the changes brought by disruptive trends and technologies that are changing not only the way of life but the way of doing business and the system of governance.

“We must ensure that our citizens are prepared and if necessary, that they are shielded from any adverse consequences. As African countries, we must take advantage of the opportunities presented by the technological change to enhance our competitiveness in the global landscape.”

This, Mboweni told the gathering, rests on the ability to adapt and to evolve.

“The growth of mobile money systems on the continent is an example of just how much technology can broaden access to markets, connect companies, and support the growth of start-ups and small businesses.”

Meanwhile, there is a need to prepare young people for jobs that have yet to be created.

“We need to adopt incentive programmes for industries that may experience significant structural disruption in just a few years’ time. But at the same time, there is much we do know.”

He highlighted that workforces in every industry will be impacted by automation, possibly resulting in downsizing and redundancies.

“According to McKinsey, up to 375 million workers globally may have to change their occupational category and acquire new skills by 2030. Employers will need to make substantial financial commitments to ongoing upskilling and reskilling in response to labour market needs,” he said.

Mboweni said there is a need to stimulate entrepreneurial activity as conglomerates, which are the lifeblood of economies on the continent, will be displaced by leaner and more adaptable small and medium-sized businesses.

“Our response must be collaborative, multi-sectoral and inclusive. That is why we, like South Africa, are working with our neighbours to develop a continental strategy led by the African Telecommunications Union.”

The collaboration said the Minister must extend itself to the private sector, academia, policymakers and other stakeholders.

He told the gathering that new technologies can also be put to use to improve service delivery.

“We have seen, for instance, the way in which India has leveraged technology to broaden access to banking in its rural areas. This type of innovation presents tremendous opportunities for tasks like social grant distribution, electrification, and internet access,” said the Minister.

The Minister urged the continent to embrace new ways of thinking.

“We must be prepared to take risks or risk being left behind,” said Mboweni.