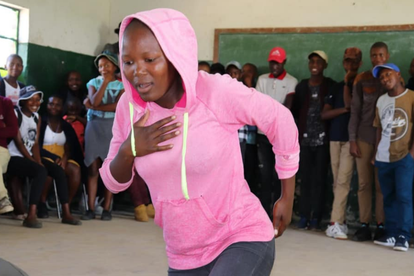 It was a hell of a year, so anything is possible. Amapiano have been blamed for an alleged 32% matric pass rate, which will be released next week. The Gauteng Department has responded to the claims saying it’s all nonsense.

The claim was made in a letter that has done the rounds on social media. It has the Gauteng Education Department’s letterhead on it, wherein the text says the 2021 results have been confirmed ahead of the official release next week.

The letter claims that the matric pass rate is 32% and Amapiano music is the reason. The letter alleges that Education MEC Panyaza Lesufi supported the statement about the dominant dance music genre.

“Amapiano is the reason behind these kids failing,” Lesufi said, according to the letter.

The department has now rubbished the letter as utter fake news.

“The Gauteng department of education condemns a fake letter regarding the pending matric results as it undermines our MEC as well as our matriculants.”

Meanwhile, as reported by The South African on Tuesday, the department of education has recognised the POPIA Act and will no longer publish matric results.

The Protection of Personal Information Act (POPIA), which came into effect last year in July, means the end of publishing matric results on any form of media.

The department has said that it respected the right to privacy to protect against unlawful collection, retention, dissemination, and use of personal information.

The practice of accessing matric results spanned many years, where the whole country had access to the results of matriculants using ID numbers, Exam numbers, and learners’ personal credentials. Read the full story here.