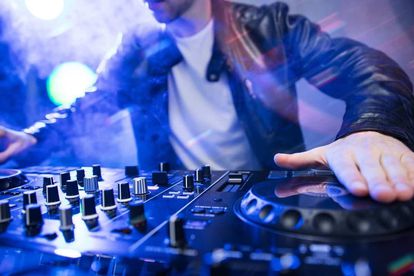 The Gauteng Department of Health (GDoH) has prioritised the contact tracing of all the students from the province who recently attended the Matric Rage 2020 event hosted in Ballito, KwaZulu-Natal.

The GDoH, on Tuesday 8 December, confirmed that over 1300 students coming from the Gauteng province took part in the much-publicised super-spreader Rage event which resulted in a number of participants testing positive for COVID-19.

THOSE WHO ATTENDED MATRIC RAGE EVENTS MUST SELF-QUARANTINE

The department has reiterated the call made by the National Ministry of Health that all who went to the matric Rage events need to quarantine themselves for 14 days and go for testing as a matter of urgency.

“Our contact tracing team is working around the clock to trace all the students who took part in the Rage events. It is important they all go for testing and are monitored until they are cleared by clinicians,” explained MEC for Health Dr Nomathemba Mokgethi.

Mokgethi, who was newly appointed as the Gauteng MEC for Health, said large social gatherings, such as weddings, year-end functions, funerals, religious activities, places such as shopping malls, restaurants, including establishments who disregard lockdown regulations continue to be super-spreaders of the coronavirus.

“We continue to plead with members of society that in the absence of the vaccine for COVID-19, wearing a mask and adhering to other non-pharmaceutical interventions remain the most effective tool to keep the virus at bay,” said Mokgethi.

“To stop the spread of COVID-19 requires a collective effort from every member of the community hence the Department urges members of the public to protect themselves and others by avoiding the ‘three Cs’: Closed spaces, Crowded places and Close-contact settings” added Mokgethi.

The Department calls on members of the public to continue adhering to non-pharmaceutical interventions by maintaining a safe physical distance, wearing a mask, washing our hands regularly with soap and water or using an alcohol-based sanitiser and avoiding large gatherings.

After matric rage events were dubbed super-spreader events by the National Department of Health on Sunday, the organisers took the decision to postpone two of its events. Rage Festival spokesperson Darren Sandras said organisers are devastated that despite all efforts before and during the festival, some attendees still contracted COVID-19.

“Joburg Rage and JBay Rage have been postponed until further notice. Amended refund policies will be communicated over the next few days,” Sandras.

Plett Rage, however, will go ahead.

“The dates are being confirmed as they continue to consult with authorities and stakeholders,” said Sanders.