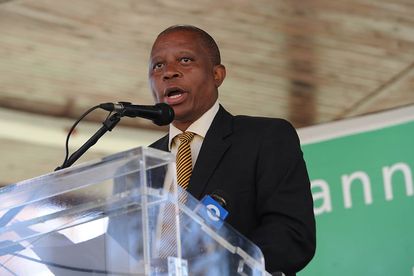 Johannesburg’s mayor Herman Mashaba wants parliament to intervene in what he says is the National Prosecuting Authority’s (NPA) failure to prosecute the city’s criminal cases.

In a statement, Mashaba said he had written to the chairperson of the portfolio committee for justice and correctional services Bulelani Magwanishe with a list of the cases receiving inadequate attention by the NPA in Johannesburg.

“The City has also submitted a number of damning forensic reports relating to some of these criminal matters,” he said.

Mashaba frustrated by lack of action being taken

Mashaba said the City’s anti-corruption unit, the Group Forensic and Investigation Services (GFIS), created soon after he was elected mayor, had received and investigated 5 597 cases since its establishment.

“The estimated value of contracts and matters investigated total just under R34 billion. Moreover, GFIS has been available to provide assistance to the SAPS (South African Police Service) and Hawks (Directorate for Priority Crime Investigation) in order to expedite criminal investigations,” he said.

The City had engaged the director for public prosecutions in Johannesburg, for months to ensure that the city’s criminal matters were brought to finality, the mayor said.

“However, these engagements have not resulted in any meaningful progress or successful prosecutions,” said Mashaba.

“In fact, numerous slam dunk cases have been withdrawn from court for over a year.”

“I have humbly requested that the City of Johannesburg be allowed to present to the portfolio committee on our experiences regarding the NPA and the lack of due deference given to our criminal matters,” Mashaba said.

“This is with the hope that the portfolio committee will hold the NPA accountable for its failures in ensuring that it conducts itself without fear or favour.”

Meanwhile, Hawks spokesperson Captain Lloyd Ramovha said he was not able to comment because Mashaba did not specify the criminal cases he was talking about.