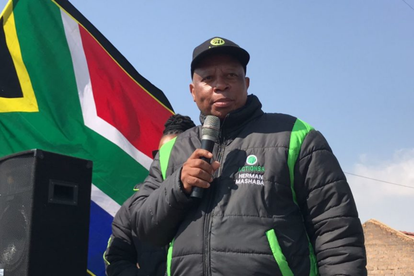 Mashaba explained that his resignation had been tendered in favour of focusing on his political party’s growth. Image: ActionSA

Mashaba explained that his resignation had been tendered in favour of focusing on his political party’s growth. Image: ActionSA

In a surprising move Herman Mashaba has announced his official resignation from his post as a Councillor to the Speaker of the City of Johannesburg.

The ActionSA founder and leader confirmed that his time in this position will be concluding at the end of February. In a statement confirming the move, Mashaba explained that he had been overseeing the establishment of the city’s coalition government.

“Following the establishment of the coalition governments in Gauteng after the 2021 local government elections, I took the approach of overseeing the first few months with a view to getting ActionSA set in the council.”

Mashaba says that he is pleased with the ‘calibre’ of individuals serving the region and explained that the time has come for him to hand over the reins.

“Now that ActionSA’s caucus is settled and our MMCs are actively pursuing programmes of service delivery in Johannesburg, it is time for me to step back and allow someone else the opportunity to gain this critical local government experience.”

ActionSA reached agreement ahead of resignation

Furthermore, Mashaba explained that his decision followed consultations within his party and that an agreement had been reached. Additionally, Mashaba confirmed his intentions to challenge the ANC by focusing on the growth of ActionSA.

“I have consulted my caucus and the Senate of ActionSA and there is agreement that my time must be spent leading the campaign to grow ActionSA into all 9 provinces and to mount the challenge to the ANC in 2024.”

“The important work of expanding ActionSA will require my constant travelling to setup structures across the country and my Council seat should be filled by someone who is fully available to the needs of the residents of Johannesburg.”

Mashaba, who enjoyed immense support during his time leading Johannesburg, assured residents that he will remain dedicated to the city.