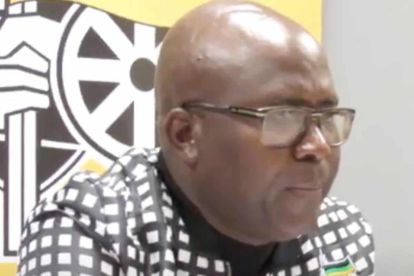 A manhunt is currently underway for the suspect who allegedly stabbed and killed Gauteng Safety and Security Portfolio Committee Chairperson Mapiti Matsena in his home in Pretoria on Wednesday 15 July.

Tributes for the slain ANC member have since been pouring in on social media on Thursday 16 July.

According to Brigadier Vishnu Naidoo, Mapiti Matsena was with his family at their house at Holy Hock Street in Doornpoort when he was attacked and fatally stabbed in the chest.

“It has been determined from preliminary investigations that a lone assailant entered the house and stabbed Mr Matsena while he was in his bedroom,” explained Naidoo.

Earlier reports suggested that the suspect entered the home through an unlocked glass door. At this stage of the investigation, it does not appear that anything was taken by the suspect.

General Sitole assured the Matsena family that the murder case is being thoroughly investigated.

“I have tasked the Acting Provincial Commissioner of Gauteng to ensure that this case be investigated by the Provincial Investigation Unit and that critical resources including Crime Intelligence and Forensic Services be mobilised to identify and arrest those responsible for the murder of Mr Matsena,” said General Sitole.

Police are appealing to anyone who may have any information on this case to please contact the SAPS via Crime Stop on 086-00-10111.

Information may also be provided via the MySAPSApp, an application which can be downloaded on any android or iPhone. All information will be treated with strictest confidence and callers may remain anonymous.

The Democratic Alliance (DA) in Gauteng said it is saddened by the murder of Mapiti Matsena.

“Matsena was dedicated and committed to fighting crime and ensuring the safety of all Gauteng residents. We call on both the Gauteng MEC for Community Safety Faith Mazibuko and the Gauteng SAPS Provincial Commissioner Lieutenant General Elias Mawela to launch a manhunt for the suspect and to ensure that no stone is left unturned,” said DA Gauteng Shadow MEC for Community Safety John Moodey.

The DA said it will continue to monitor the progress with regards to the investigation into the incident to ensure that the law takes its course and that the deceased’s family gets the justice they deserve.