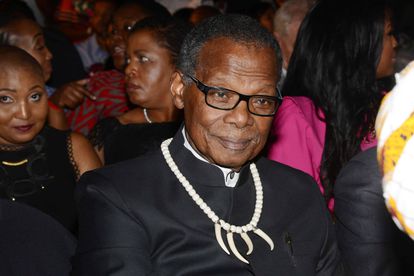 Leader of the Inkatha Freedom Party (IFP), Prince Mangosuthu Buthelezi has officially announced his resignation from the game of politics.

As reported by eNCA, Buthelezi’s final run in politics will conclude after election day, on 8 May.

Thereafter, there will be a new leader slated to take his seat in Parliament, where he has made his mark since 1994.

Why is Mangosuthu Buthelezi retiring from politics?

The news of Buthelezi’s retirement from politics comes a day after it was revealed that his wife, Princess Irene Buthelezi passed away after a long battle with an illness.

The family has asked for privacy as preparations are being made for her burial. Buthelezi did not confirm this but his decision to step down may have been in reaction to the latter.

Shenge founded the party that would become the African National Congress’ (ANC) chief opposition in Kwa-Zulu Natal (KZN), in 1975. He has been the only leader the IFP has ever known.

Since the party went through a break up with most of its officials eight years ago — those of whom founded the National Freedom Party (NFP) — support has waned considerably.

When will IFP elect new leader?

With only ten seats in Parliament, this could be a new dawn for the IFP. Shenge’s retirement offers up an opportunity for new and fresh ideas to take up the party to newer heights.

A new leader will be elected by the party in July. For now, though, Buthelezi will remain at the forefront of the campaign, in the run-up to these elections.

They may not expect a clean sweep of the region they have maintained a stronghold in for more than 25 years, but any outcome will be useful in introducing a rebranded IFP.