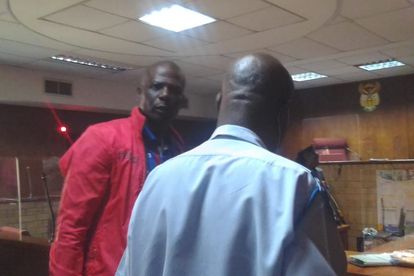 Bhuti Khuli Khumalo was sentenced for shooting his girlfriend’s mother in front of her. PHOTO: Hawks

Bhuti Khuli Khumalo was sentenced for shooting his girlfriend’s mother in front of her. PHOTO: Hawks

A man shot his girlfriend’s mother in front of her and her siblings in Mpumalanga.

But seven year’s later, the man is finally sentenced for the senseless and brutal killing.

Bhuti Khuli Khumalo, 38, had an argument with his girlfriend on 16 December 2015.

“[He then] fatally shot her mother in front of her and her siblings.”

Khumalo then fled the scene.

The murder investigation was transferred to the Nelspruit-based Hawks’ Serious Organised Crime Investigation team. The accused was traced and found at his hiding place in Kabokweni on 16 February 2016.

But Khumalo then proceeded to do a point-out with the police.

He took them to a house in Zwelisha where he pointed out the firearm he used to shoot his girlfriend’s mother.

“The accused appeared in court several times and he was granted bail,” said Sekgotodi.

Khumalo however decided to abscond. The police did not rest until they traced and found him trying to flee into Mozambique in 2019. His bail was revoked and he was kept in custody until his conviction on 12 May 2022.

MAN FINALLY SENTENCED FOR THE MURDER

He appeared for the last time before the Nelspruit Regional Court on Thursday where his sentence was handed down.

The murder and firearm sentences are to run concurrently. Khumalo is further declared unfit to possess a firearm.

Hawks provincial head Major General Zodwa Mokoena celebrates the victory for the sentencing to 33 years’ imprisonment for the “rigorous” criminal.

“There will be no stone left unturned in Mpumalanga when it comes to crime, more especially where a firearm is involved,” said Mokoena.