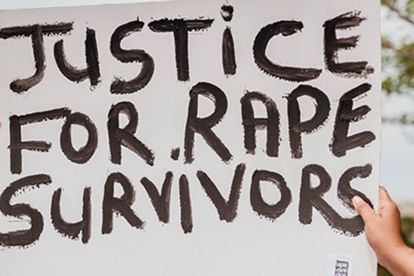 A man raped a 13-year-old girl after giving her a lift to get back home. PHOTO: https://rapecrisis.org.za/

A man raped a 13-year-old girl after giving her a lift to get back home. PHOTO: https://rapecrisis.org.za/

Three teenagers who were left stranded caught a lift with whom seemed like a helpful man in the North West. But it turns out the man raped one of them and proceeded to stab her with a broken bottle.

Back on Sunday, 17 March 2019, a 13-year-old girl and her two friends were at a game reserve in Mogwase, North West. They reportedly arranged for a taxi to fetch them but their transport did not arrive, said police spokesperson Captain Aafje Botma.

“Thus, the girls decided to walk home. While walking, they were offered a lift by an unknown motorist.”

The stranded girls accepted the lift and got into the car with the random man. The two friends got out of the car as soon as they reached their desired destination. But suddenly, the driver, 42, hastily drove off with the 13-year-old, said Botma.

“[He] ultimately raped her in the bushes.”

During the ordeal, the young girl was stabbed with a broken bottle by the man. But she managed to escape and ran to the road to get help, Botma said.

“The matter was reported to the police in Mogwase for investigation.”

ALSO READ: Doctor who raped teen is actually bogus and an illegal immigrant

The rapist was eventually arrested in April 2019. He was charged with kidnapping and rape and was convicted for the crimes on Wednesday, 31 August 2022, Botma said.

He was sentenced by the Mogwase Regional Court on Thursday to life imprisonment and an additional three years’ imprisonment.

“He also thanked the prosecution and other role players for their collaborative efforts that resulted in a life term,” said Botma.