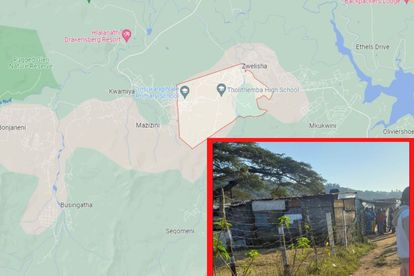 A man found his brother hanging from a rafter in his house in Zwelisha, KwaZulu-Natal, on Tuesday.

According to Reaction Unit SA (RUSA) spokesperson Prem Balram, the incident happened around 08:09 on Tuesday morning.

“A 34-year-old man was discovered by his brother hanging in his informal home in Zwelisha, in KwaZulu-Natal, on Tuesday morning.

“Reaction Unit South Africa (RUSA) received a call for assistance at approximately 08:09. On arrival, the body of a man was discovered in an informal home. He was hanging by a rope tied to a rafter.”

THE BROTHERS CONSUMED ALCOHOL TOGETHER ON MONDAY EVENING

Balram said according to his brother, they were consuming alcohol together on Monday night.

“His brother left after informing him that he needed to sleep. This morning, he went to wake his sibling however did not get a response. He forcefully gained entry into the house and made the discovery.”

He furthermore said circumstances leading up to the suicide could not be confirmed.

ARE YOU CONTEMPLATING SUICIDE? THERE IS HELP

Are you contemplating suicide? Don’t suffer in silence – reach out for help by contacting the South African Depression and Anxiety Group (SADAG) on 0800 567 567. They’re available 24 hours a day.

DO YOU KNOW SOMEONE WHO MAY BE SUICIDAL?

Looking out for a friend or loved one is an important part of preventing suicides.

According to the South African Depression and Anxiety Group (SADAG) there are 23 suicides a day recorded and 230 serious attempts in South Africa.

“You can call SADAG to talk on behalf of a loved one, colleague, or friend. Trained counsellors are there to help and refer you to local counsellors, facilities and Support Groups.”