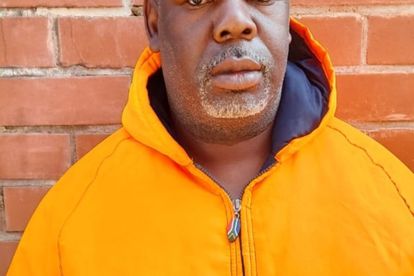 Nkosinathi Zungu, 40, was found in possession of dagga valued at R1.2 million in his bakkie. PHOTO: Hawks

Nkosinathi Zungu, 40, was found in possession of dagga valued at R1.2 million in his bakkie. PHOTO: Hawks

A man is facing jail time for driving around with R1 million worth of dagga in Mpumalanga.

MAN FOUND WITH DAGGA AND CASH

The man, Nkosinathi Zungu, 40, was driving around in a Nissan Hardbody. But the Mpumalanga Tactical Response Team found the vehicle was loaded with dagga valued at approximately R1 million.

But he was found guilty of dealing in drugs and was sentenced by the Barberton Magistrate’s Court on Wednesday.

The case was again referred to the Priority Crime Specialised Investigation unit. This is to look into the cash found and the Nissan bakkie which were both seized during the arrest.

“The Mpumalanga head of the Directorate for Priority Crime Investigation, Major General Zodwa Mokoena appreciated the investigating officer for the speedy finalisation of the case. She further applauded the collaboration between the Hawks and the Tactical Response Team who are always on the street,” said Sekgotodi.

ALSO READ: Up in smoke! Police bust dagga worth millions this weekend

Meanwhile in the North West province, three men appeared in the Zeerust Magistrate’s Court. They face charges for being in possession of more than 100 kilograms of dagga.

“The investigation team operationalised information regarding dagga that was allegedly being transported from Swaziland to Botswana.”

The vehicle was spotted on Zeerust Road just before the Swartkopfontein Port of Entry. Upon searching the car, five bags of dagga weighing more than 100 kilograms were found.

They were arrested by the Hawks’ Serious Organised Crime Investigation Unit and the Zeerust K9 unit. The vehicle and the dagga were seized for further investigation.

“All three accused were arrested and charged with dealing in dagga and contravention of the Drugs and Drug Trafficking Act. The matter is postponed to 20 September for formal bail application,” Rikhotso said.

ALSO READ: Half a billion-rand worth of drugs busted – Cele attends court case