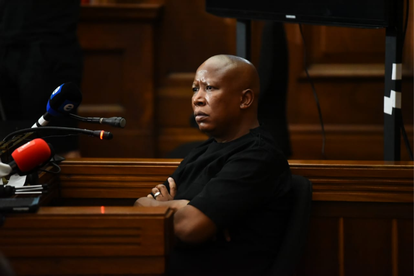 Just days after Julius Malema accused Motsepe of being an ‘imposter’ billionaire, the IEC confirmed that the majority of the EFF’s donations had come from companies linked to the CAF head. Image: EFF/ Twitter

Just days after Julius Malema accused Motsepe of being an ‘imposter’ billionaire, the IEC confirmed that the majority of the EFF’s donations had come from companies linked to the CAF head. Image: EFF/ Twitter

South Africans have long memories and EFF leader Julius Malema was reminded of as much after it emerged that he had enjoyed financial support from Patrice Motsepe.

Netizens couldn’t resist dropping files after it emerged that Malema’s party had received donations from not one, but two of the Confederation of African Football president’s companies.

Motsepe funds same party who accused him of being an imposter

This comes mere days after Malema himself hinted that Motsepe was nothing less than an imposter pretending to be a billionaire during cross-examination at the Equality Court.

Malema had been testifying in the hate speech case brought forward by AfriForum against both the Red Beret leader and EFF MP Mbuyiseni Ndlozi.

The case had focused on the singing of the controversial struggle song, Dubul’ibhunu, which translates to “kill the boer”.

As divisive as the case itself has been, the news that the EFF had accepted donations from  Motsepe’s Harmony Gold Mining Company and African Rainbow Minerals has proved to be even more provocative.

The Independent Electoral Commission on Tuesday had released its third quarterly report detailing the donations paid to South African political parties’ in accordance with the new Political Party Funding Act.

The EFF has disclosed its donations for the very first time, declaring that it had received a total of R3.1 million.  As far as the companies in question, the report revealed that the EFF had received two payments of over R1 million each from the companies and people didn’t hesitate to remind Malema of his disdain for the man behind the funds.

Not the first time Motsepe took heat from Malema

To add insult to injury, the previously mentioned quote wasn’t the first time that Malema publically took aim at Motsepe. Back in 2018, the Red Beret boss had accused Motsepe of being a state capture threat.

“There is another capture that is happening which is led by Patrice Motsepe. We want to say, Patrice, we are watching. I warned about the Guptas in 2011. The Motsepes are also doing the same thing now. We love Patrice, he is our brother. But if he continues in his greed, we will fight him,”