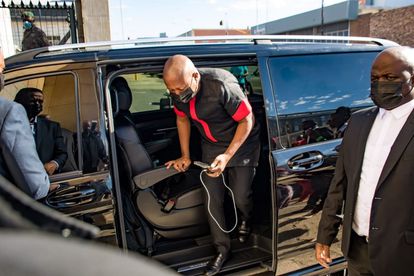 This comes after Ramaphosa called upon private businesses to ramp up their efforts to create job opportunities during his State of the Nation Address. The President had said that the state doesn’t create jobs and that this was up to the private sector.

Now, the EFF leader has made his contempt for this concept very clear, condemning Ramaphosa’s comments as ‘dangerous’.

“This assertion is conceptually and empirically false, and we will demonstrate the danger of Cyril Ramaphosa’s gullibility and thoughtlessness. If not gullibility, Ramaphosa’s philosophical and ideological convictions are, in the South African context, rooted in the racist and neoliberal drive upheld by the predominantly white capitalist class and their political party representatives, the Democratic Alliance and Freedom Front Plus, that whites must control the entire economy and black people must seek employment from them.

Malema continued by claiming that political parties, like the Democratic Alliance, would benefit from Ramaphosa’s concept.

“The reason why right-wing political formations like the DA and Freedom Front Plus jubilantly embraced the philosophically false supposition that Government does not create jobs, and business do, is because they know that this essentially means that the predominantly white capitalist establishment will continue to be employers of the predominantly black working-class.”

The EFF leader concluded his comments on the matter by warning that this line of thinking would have dire consequences for SA.

“The consequence of this misguided policy is an unemployment rate of more than 11 million people, the highest forms of poverty and inequality, a sluggish economy, and the collapse of state capacity. These are by no means unintended consequences but results of visionary apartheid econocrats, with the help of capital, the IMF and World Bank, who sought to secure the economic future of the white minority in a post-apartheid South Africa at the expense of the black majority to retain economic apartheid.”