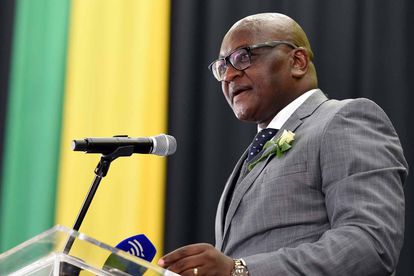 The Democratic Nursing Organisation of South Africa (Denosa) in Gauteng has called for Premier David Makhura to pump the brakes on his duties in office and take special leave while the Special Investigating Unit (SIU) looks into COVID-19-related tender corruption.

Denosa provincial chairperson Simphiwe Gada said the premier has always been spared from the numerous scandals which have emerged, while he was in office, including the Life Esidimeni saga, where more than 140 state psychiatric patients died after being transferred to ill-equipped facilities.

“His name has been coming up and we think that where there is smoke there might be fire and therefore he should also consider taking special leave and allow for the SIU investigations to conclude. When that process has happened and his name is cleared as well, we will gladly work with him,” Gada said.

Masuku had been embroiled in a suspicious R125 million tender which was awarded to Thandisizwe Diko, the husband of presidency spokesperson Khusela Diko – the couple together with Masuku and his wife, Johannesburg MMC Loyiso, are believed to be close friends. A report by IOL claimed he influenced the awarding of the lucrative contract, unleashing a chain of events, including Diko being forced to take leave from her post.

The SIU report is yet to be finalised and to make things just a tad bit confusing is Makhura claiming he would offer him his job back, should he eventually be cleared of wrongdoing. The union has also called for clarity on this.

“Is the premier telling us that Bandile Masuku is not competent administratively, but if he’s found to be not corrupt, he will hire him even though he’s not competent? That is why we’re saying Premier, come out and be clear. Stop confusing us,” Gada said.

Masuku has no plans on taking the report lying down and said he would be taking it on review. He accused the SIU of bowing to political and public pressure, at a time when South Africans have had just about enough of the graft allegations which go unpunished.