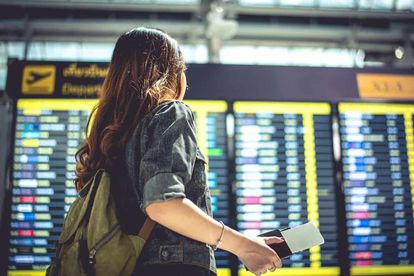 Since the lockdown was first instituted in March, South Africans have always looked to the future. If we were under Level 4 lockdown, we would be looking to Level 3 and now that we’re under Level 2, we’re most definitely dreaming of Level 1, which for many, has always been an end game of sorts. As lockdown levels drop, a stronger economy that can repair itself is promised. The Tourism Business Council of South Africa (TBCSA), as well as the Democratic Alliance (DA) are just some who have pushed for the reopening of international travel, in the best interest of the country.

Following the announcement of an appalling Gross Domestic Product (GDP) figure on Tuesday 8 September — a decline of 51% — it’s more crucial than ever that government take the necessary steps to reboot the economy.

The TBCSA released a statement on the same day saying that the tourism industry could be the answer to everyone’s prayers if it has the support of South Africans and a green light for the reopening of international borders.

Referencing the Public and Private Growth Initiative (PPGI) Report (2019), the organisation said Tourism is the number one industry in South Africa with the greatest potential to stimulate inclusive economic growth and employment, creating the greatest multiplier effect, in terms of jobs, growth and export potential.

TBCSA CEO Tshifhiwa Tshivhengwa said; “Tourism can be South Africa’s economic lifeline, but only if international borders are opened up soon. We are appealing to the government to safely open our borders. Our industry is ready, our source markets are waiting to travel, so let’s save jobs and the economy.”

“The safe reopening of South Africa’s borders is an essential step for Tourism to contribute meaningfully to the Government’s tax revenues. Every day we remain closed to international travel, we lose R336 million of spend and the Government loses vital tax revenue. Opening up our Tourism sector will have a direct and immediate positive impact on the Government’s coffers at a time when it most needs it.” added Tshivhengwa.

“International tourists will only book their holidays only once they know when our borders will open. And local tourism enterprises need a date to start making reservations, planning for COVID-19 health measures, and in order to boost the economy and save livelihoods,” added De Freitas.

WHEN WILL IT BE SAFE TO OPEN BORDERS?

When government first issued a summary of Alert levels, it described “movement” under Level 1 as allowing international travel but with certain restrictions. Regarding an announcement of a move to Level 1, we can’t be sure when, but we do know President Cyril Ramaphosa has plans to address the nation in the next few days.

At the same time, we can’t guarantee what government will say regarding international travel restrictions but it would most likely entail health safety protocols such as wearing a mask and practising social distancing. Other restrictions could require travellers to have a negative test result prior to boarding an international flight, while others could require that flights land in selected regions with a low-risk factor but only time will tell.

In the meantime, we have a professor’s opinion. Wits School of Governance’s Professor and Chair in the field of Social Security Systems Administration and Management Studies, Alex van den Heever said there is no reason why Tourism poses a greater risk than any other sector by being open.

“In the South African context, if an infected person comes to our country, it would be much the same as if someone from Benoni travelled to Johannesburg. Almost every area in South Africa was seeded, so we will only see a bubbling up of the virus if we back off from being careful and expose communities to super spreading events,” said van den Heever.

“It is imperative that safe alternatives to quarantine approaches also be considered. Careful consideration needs to be given to developing such an approach as it will remove a considerable barrier to international travel. Workable options can be developed in conjunction with infectious disease specialists and institutionalised into health protocols.”