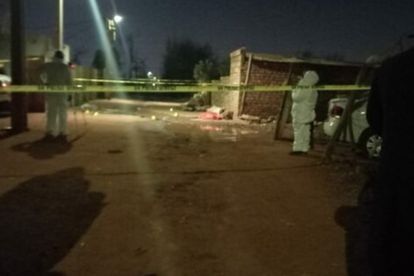 Police say there is a brick wall between them and community members. PHOTO: Scrolla.Africa

Police say there is a brick wall between them and community members. PHOTO: Scrolla.Africa

Gauteng Police Commissioner, Lieutenant General Elias Mawela says there is a brick wall between them and community members as they reportedly do not want to say what happened during the Lenasia shooting incident.

On Saturday night, police confirmed that four people were killed while two others were injured after being allegedly shot at in the Thembelihle informal settlement in Lenasia, Johannesburg.

The Lenasia incident comes just days after various tavern shooting incidents claimed the lives of over 21 people while leaving others seriously wounded and hospitalised.

“The Premier and the MEC are also here, they are trying to talk to the community. There is a brick wall between the community and us, they don’t want to tell us exactly what they saw and so forth,” Mawela said.

Mawela said according to information they have at their disposal from first responders is that people were sitting around a fire and enjoying themselves and they were then attacked.

Two people reportedly died at the scene, another died down the street and a fourth body was found in another block. Mawela said they are not sure how this happened and whether the person (fourth body) was part of the people who were attacked or he was found by assailants when they were moving away from the crime scene.

“As the investigation continues we will be able to link the three bodies and the fourth one. We were also informed that there were two people who were seated with the two who died on scene. They were also injured and rushed to hospital,” Mawela added.

Deadly mass shooting were also reported in Khayelitsha in Cape Town and in Bloemfontein’s Central Park on Saturday night.

Police have launched an investigation into the circumstances of a triple murder in Khayelitsha.

According to police, at approximately 20:30 three men aged 34, 36 and 50 were gunned down on the corners of Nyebelele and Ntango Streets in Site C by suspects who are yet to be arrested.