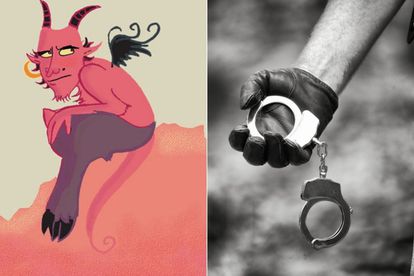 An Eastern Cape lawyer claimed the devil bewitched her to commit fraud and money laundering, she has been sentenced to 15 years. Photo: fearthemelon and Benjamin Hahn / Flickr

An Eastern Cape lawyer claimed the devil bewitched her to commit fraud and money laundering, she has been sentenced to 15 years. Photo: fearthemelon and Benjamin Hahn / Flickr

A lawyer from the Eastern Cape has been sentenced to 15 years imprisonment. 36-year-old Yandisa Babalwa Mjikelo claimed she was bewitched or made by the devil to commit fraud and money laundering.

Tyali explained that the lawyer was responsible for the administration of estates at Mthatha-based law firm Vapi Incorporated Attorneys. She pleaded guilty to four counts of fraud and four counts of money laundering.

For her sentencing, Tyali explained that the fraud charges were treated as one while the money laundering charges were also treated as one. The Mthatha Specialised Commercial Crimes Court sentenced the lawyer to 15 years in prison.

ALSO READ: Advocate Teffo’s ‘criminal past’ on the spotlight following his arrest

She was sentenced on each of the charges and the court ordered them to run concurrently. In mitigation of sentence, the lawyer claimed to have been bewitched or made by the devil to commit the crimes.

How exactly did she commit the crimes?

Tyali explained that Mjileko defrauded four late estate accounts between June 2017 and October 2019. The amounts ranged between R128 000 and R1.4 million which were due to beneficiaries of the deceased.

He went on to state that instead of opening late estate accounts, the lawyer colluded with other people to open accounts. She then deposited the monies due to the state in the accounts.

Mjileko made cash withdrawals from the aforementioned accounts, deposited cash into other accounts, effected electronic transfers and invested some in bitcoin.

After becoming suspicious, family members of the late estat4es approached the law firm’s director who opened a case with the SAPS. Investigations exposed Mjikelo’s web of transactions.

“Subsequent investigations exposed a web of transactions made by Mjikelo to conceal and disguise the nature, source, location and movement of the funds between different accounts. In mitigation of sentence, Mjikelo claimed to have been bewitched or made by the devil to commit the acts,”