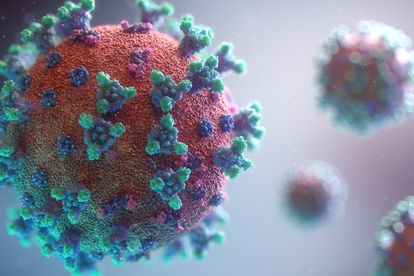 The government has officially acknowledged that the deadly Delta variant – first discovered in India – is on its way to becoming the dominant strain of COVID-19 in South Africa. Acting health minister Mmamoloko Kubayi briefed the media on Saturday, explaining that the crisis in Gauteng is being fuelled by this new mutation.

On Friday, one of South Africa’s top virology experts suggested that the Delta variant was behind the rapid rise in infections – most of which are being felt in the country’s most densely populated province. Mzansi’s third wave, therefore, will surpass the peaks of the first and second surges felt in 2020. That’s according to Minister Kubayi:

“More than 18 000 new infections were recorded yesterday. This is with a 25.5% positivity rate, and Gauteng accounts for more than 11 000 of these cases. It’s important for everyone to remember the rapid increase in cases and hospitalisations.”

“Other provinces will experience high positive numbers soon as well. A new variant has been identified by scientists during sequencing. The Delta variant appears to be dominating the new infections recorded.”

In the last couple of weeks, the Delta variant has accounted for the highest number of new COVID-19 cases. There has also been a rise in cases of the ‘Alpha’ strain, initially found in the UK. The mutation that originated in South Africa is now being overtaken by a more transmissible variant. And the government is now set to take drastic action…

A move to a tougher lockdown level is inevitable. The Coronavirus Command Council is meeting for an emergency briefing today, due to the discovery of the Delta variant & its devastating impact. You can see the data for yourself here:

BREAKING: The DELTA variant is spreading in SA and is starting to dominant SARS-CoV-2 infections (the virus which causes #COVID19) in KZN and Gauteng, says @Tuliodna from @krisp_news. The green on the table below is Delta. https://t.co/V8ezikiE3F pic.twitter.com/knYy31vqy3